Lufthansa will give its A380s another chance

Last week we reported on Lufthansa’s plans for further downsizing.

Today the airline announced its plans for the A380s and there is some good news for those readers who are A380 fans.

Lufthansa says it will not be axing eight A380s. These will remain in long-term storage. In a statement the airline said

“These aircraft will only be reactivated in the event of an unexpectedly rapid market recovery.”

Likewise Lufthansa was saying last week that its fleet of A340-600s would not be flying again. Its sole four-engined aircraft would be B747-8s (the newest B747 variant).

But now the news is that 10 of its A340-600 fleet will enter long-term storage instead.

However, much will ultimately on the much-postponed market recovery as to whether or not these aircraft will be returned from long-term storage.

And what Lufthansa is doing with its A380s is in marked contrast to Air France which has decided to withdraw them altogether.

One reason for Air France’s decision was that its A380s needed renovation to make them competitive in the lucrative corporate market and this would be costly. Air France’s A380s were still fitted with older-style seating in all classes.

Overall though there will be further reductions both in fleet size and personnel. 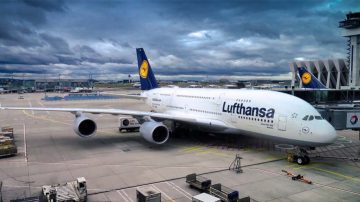