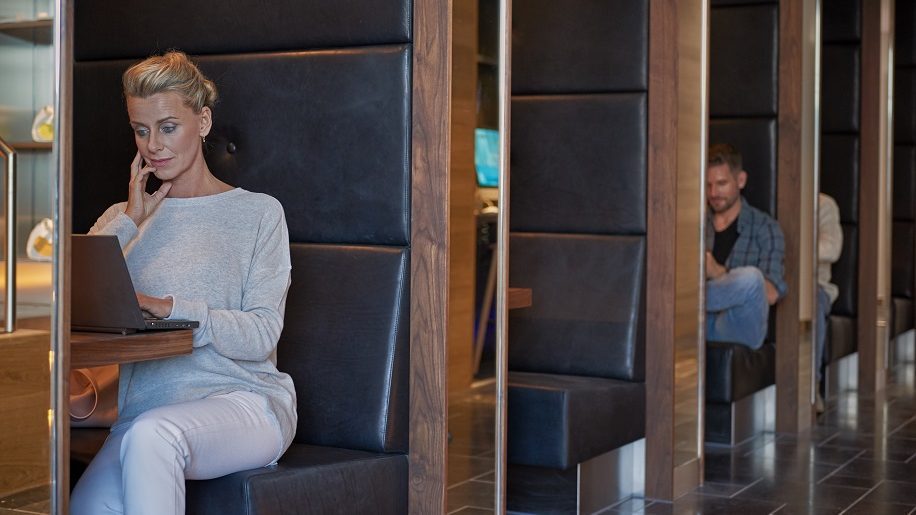 KLM has reopened its Schengen Crown Lounge at Amsterdam Schiphol airport, over three months after it closed due to the coronavirus pandemic.

The facility is now open daily between 0600 and 1200 for customers travelling within Europe – after midday KLM says that “customers are most welcome in the KLM Non-Schengen Crown Lounge”.

The carrier said that its non-Schengen lounge has remained open throughout the pandemic – making it “the only major European airline to keep its hub lounge open from the beginning of March through to the end of June”.

Among the measures which have been put in place at both lounge to protect customers and employees include:

Showers are now available for use in both lounges, and in the non-Schengen lounge the City and Heineken Bar, terrace and sleep cabins have also reopened, but the Blue Restaurant remains closed.

KLM unveiled its renovated non-Schengen lounge last year – for our Tried and Tested review of the space, see: