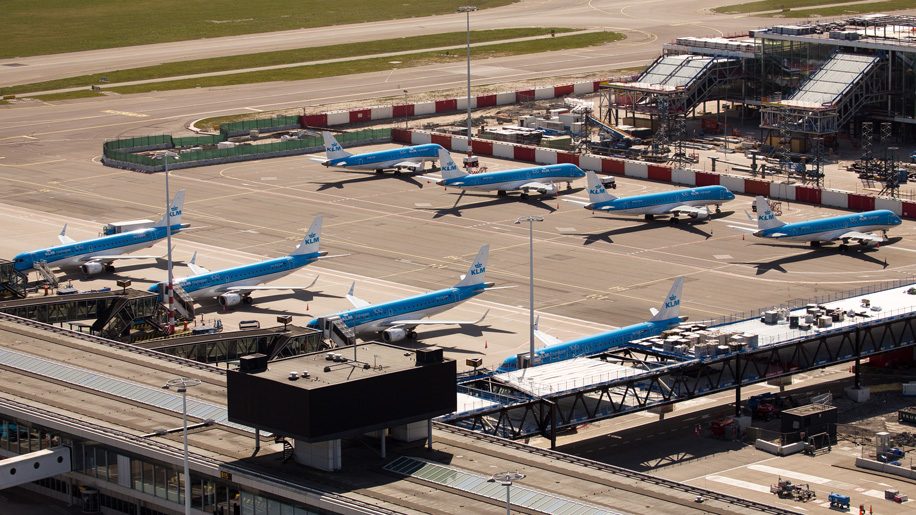 KLM has outlined plans to increase its European and intercontinental services over the next few months.

The carrier said that its flights operations had come “to a virtual standstill” in April as a result of the coronavirus crisis – we previously published images of large parts of KLM’s aircraft fleet parked at Amsterdam Schiphol airport.

A rebuilding of the airline’s network in now underway, with the aim of operating 5,000 European flights in July, rising to 11,000 in August. This compares to just 1,116 European flights which took place in April.

Intercontinental resumptions will be more gradual, with a forecasted 1,900 flights in July and 2,100 in August (compared with 612 in April).

Unsurprisingly the carrier said that occupancy rates “lag behind the record year of 2019”, but in a more positive note KLM said it will operate flights to around 80 per cent of European and 75 per cent of intercontinental destinations in July, rising to 95 per cent and 80 per cent respectively in August.

Earlier this month sister carrier Air France announced plans to serve 80 per cent of its network this summer, flying to around 150 destinations.

In May KLM updated its booking policy, offering a choice of either of a voucher or cash refund for future flights cancelled as a result of the coronavirus crisis.

Previously the Dutch carrier had been issuing refund vouchers against cancelled flights. These vouchers could then be redeemed for cash after 12 months if they had not been used. 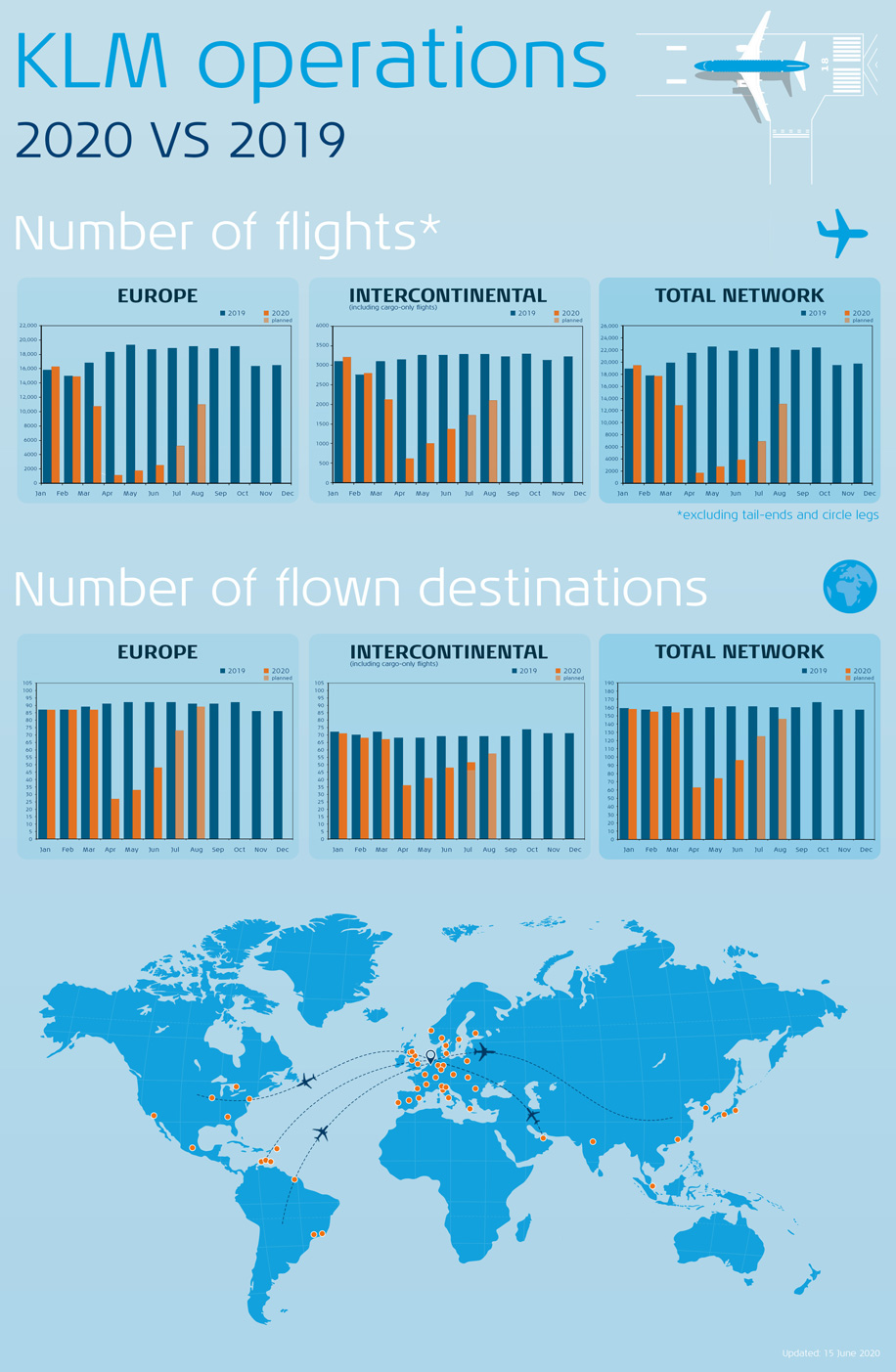