Air Baltic cancels half of flights for summer 2020

Latvian flag carrier Air Baltic has cancelled around 50 per cent of its planned flights for the summer 2020 schedule.

The Riga-based airline said it would decrease capacity through until October 31, with CEO Martin Gauss stating that the impact on demand of the coronavirus crisis meant Air Baltic would “restart our operations gradually”.

All of the carrier’s scheduled flights are suspended until at least May 12, although the airline is operating a number of rescue services for Baltic states national, information on which is detailed here.

“When we will be able to, we will start with a reduced number of aircraft who will serve daily flights to our top routes,” said Gauss. “With each upcoming week, more aircraft will return to service, offering more flights.”

Air Baltic said that new routes planned from Estonia, Latvia and Lithuania for this summer would be delayed, and a number of other routes would be temporarily suspended. 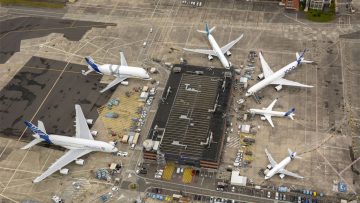