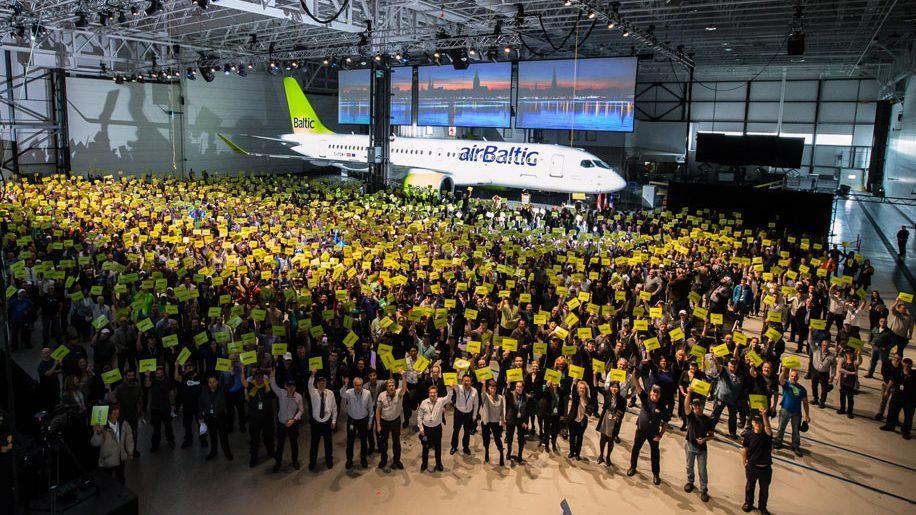 Air Baltic has taken delivery of the first of Bombardier’s new CS300 aircraft.

The Latvian low-cost carrier is the launch customer for the CS300, and has a total of 20 of the aircraft on order. The airline has configured the aircraft with 145 seats in an all-economy layout.

The CS300 is the larger of two variants in the CS series – Swiss was the launch customer for the CS100 earlier this year.

The first commercial flight for the CS300 will be between Riga and Amsterdam on December 14, and Air Baltic intends to operate the aircraft on several routes over the next few months, including London Gatwick from January 6. A full list of the carrier’s CS300 flights can be seen on the carrier’s dedicated page here.

According to Air Baltic the CS300 “offers excellent flying experience with such benefits for passengers as wider seats, larger windows, more hand luggage space in the cabin, improved lavatories and other”.

“We are proud to welcome our very first CS300 aircraft and to be the first airline in the world to take delivery and launch commercial operations of the CS300 – the most innovative and technologically advanced aircraft in the world.