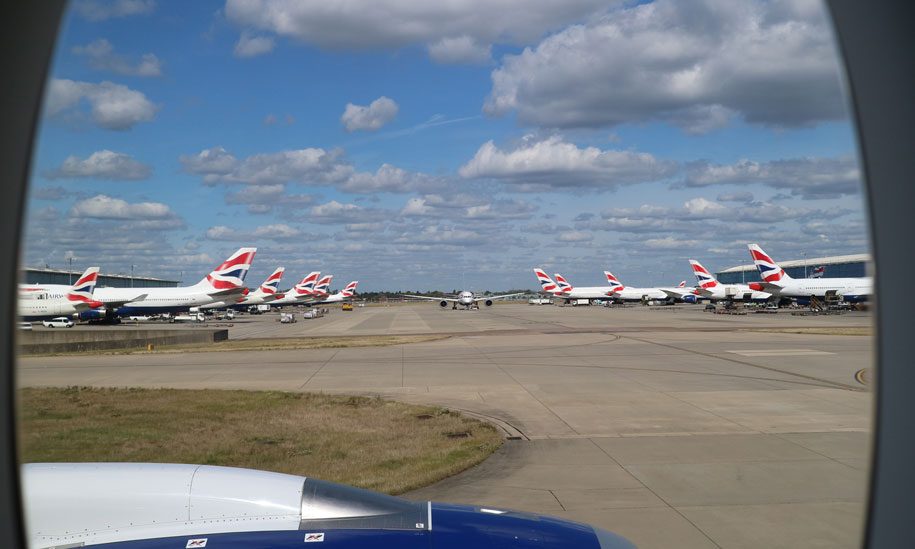 British Airways CEO Alex Cruz has told staff that the coronavirus presents “a crisis of global proportions like no other we have known”.

In the internal message, a transcript of which has been shared online by Newsnight journalist Lewis Goodall, Cruz said the airline was under “immense pressure” and would have to respond “fast and definitively”.

He said BA would be suspending routes and parking aircraft on an unprecedented scale.

He also confirmed jobs would be lost, either in the short or long term, and said the airline was in discussions with trade unions.

The memo highlighted government travel bans, the curtailment of corporate travel and the cancellation of conferences and events as the biggest threats to the business.

“BA today is more financially resilient than ever before, thanks to some tough decisions we have made in recent years,” Cruz said.

“We are part of a strong parent company, IAG, and we have a robust balance sheet.

“But we are under immense pressure. We will have to react fast and definitely in response to the worsening situation.”

He described it as worse for the business than both SARS and 9/11, which caused widespread disruption to airlines.

IATA has predicted the coronavirus pandemic could cost the global aviation industry more than $110 billion.

The travel ban announced by the US yesterday on people who have visited 26 European countries in the last two weeks will hit both BA’s ability to fly passengers transiting through the UK, and its sister airline Iberia.

It has already cut flights to Italy in response to a nationwide lockdown in the country, and has suspended bookings from Tuesday March 24 to Tuesday September 1 for its all-business class service between London City and New York JFK.

Airlines and their staff around the world will also feel the pain in the coming months.

Many airlines have already asked staff to take unpaid leave.

Norwegian has said it will make up to half its staff redundant, while short- to long-term redundancies will affect up to 80 per cent of employees at Israeli flag carrier El Al.