Coronavirus: Trump bans travel from 26 European countries to the US 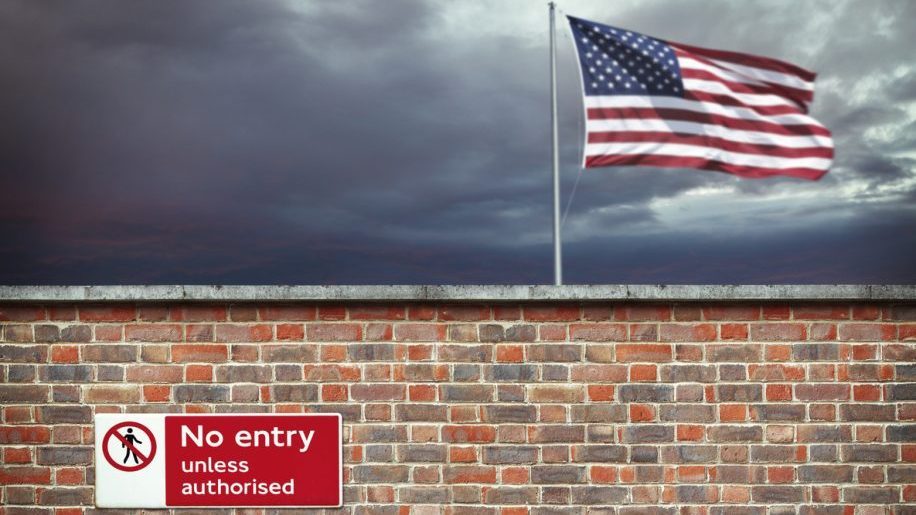 US President Donald Trump has announced new travel restrictions between Europe and the US, in a bid to stop the spread of coronavirus.

Travellers who have been in any of 26 countries within the Schengen border-free travel area, within 14 days of their travel to the US, will be denied entry as of 2359 Eastern Daylight Time on Friday March 13.

The ban does not apply to US residents, and the UK is not affected, nor is Ireland nor a number of other non-Schengen European countries.

In a Presidential proclamation Trump said:

“The World Health Organization has determined that multiple countries within the Schengen Area are experiencing sustained person-to-person transmission of SARS-CoV-2.

“The United States Government is unable to effectively evaluate and monitor all of the travellers continuing to arrive from the Schengen Area. The potential for undetected transmission of the virus by infected individuals seeking to enter the United States from the Schengen Area threatens the security of our transportation system and infrastructure and the national security.

The proclamation said that the ban “shall remain in effect until terminated by the President” – in a tweet Trump said that it would last for 30 days.

Business Traveller will update this article throughout the day, as more information becomes available and as the impact of the ban on airlines becomes clearer.