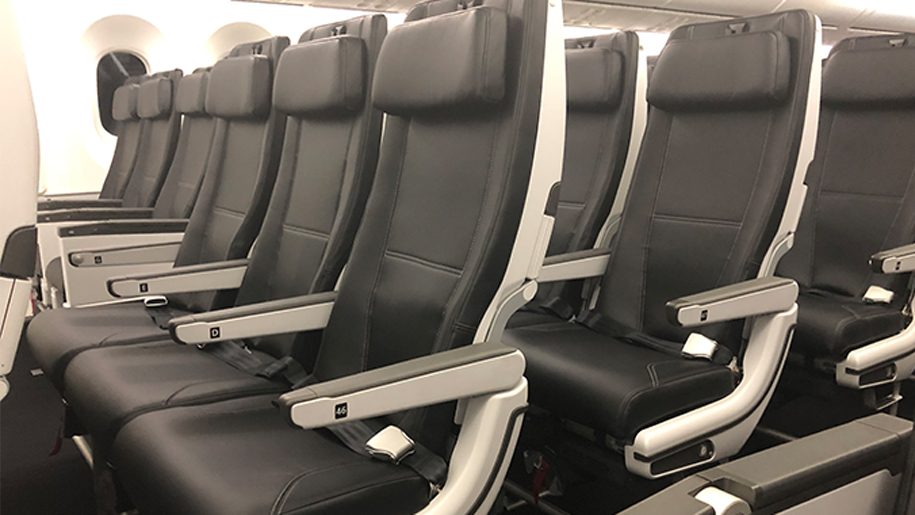 Japan Airlines’ (JAL) new low cost arm Zipair has unveiled its first cabin interior design for its Boeing 787-8 aircraft ahead of the launch of its international flights set to begin in May next year.

The 290-seat plane has 18 business class seats and 272 economy class seats. The new cabin features dark tones, with deep grey and white seats. The airline said the colours were  chosen to provide a sense of serenity, allowing passengers to relax on long-haul flights.

The first two B787-8s will be leased through JAL, a JAL spokesperson tells Business Traveller Asia-Pacific, adding that Zipair’s management is deciding from where to source future aircraft.

Seats in the Dreamliner’s cabins will not be equipped with personal in-flight entertainment screens. Instead, passengers will have to pay fees if they want to connect to the internet and/or watch movies, which they can then stream on their smartphones or tablets. When asked how much these services will cost, the JAL spokesperson said: “Details on the cost of wi-fi, as well as other ancillary services are being reviewed by Zipair. But based on previous information, believe Zipair’s strategy is to be similar to other LCCs [low-cost carriers] in that most optional services will entail a cost. (i.e. meals, entertainment)”. 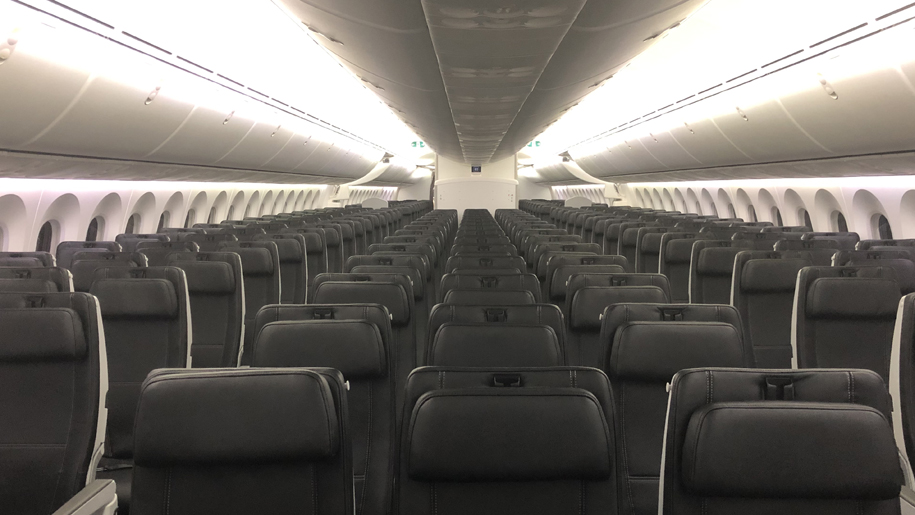 Remarkably for an airline being billed as a low-cost carrier, seats in the business class cabin are arranged in a 1-2-1 layout and can recline to fully flat beds. Low-cost long-haul carrier Air Asia X offers a lie-flat (but not fully flat) Premium Flatbed product, but this is configured in a 2-2-2 layout, without direct aisle access for each passenger.

Passengers flying in Zipair’s business class will be able to recline their seat up to 180 degrees – fully flat. Manufactured by Jamco, the airline said the seats are made from “genuine leather” and they’re equipped with reading lights as well as charging ports. The seats have a 42-inch pitch and a width of 20 inches. 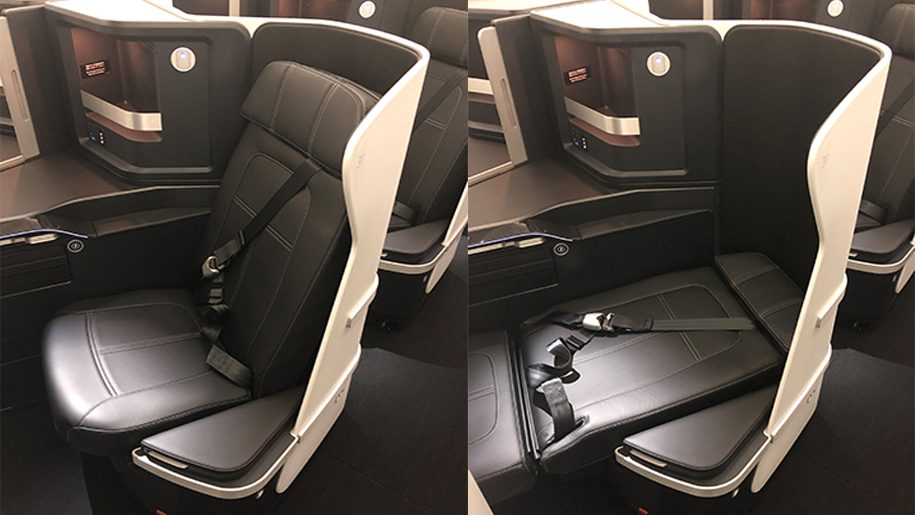 Zipair’s business class seats in an upright and recline position

Asked why Zipair decided on this type of business class seat, the JAL spokesperson said:

“In a sense, the business model is similar to an existing LCC. However, Zipair will provide a touch of Japanese hospitality, which the carrier believes to be a difference maker. And, since Zipair will eventually operate long-haul flights, we felt that a suitable seat was needed for the market.”

He did not give details on ticket prices, saying only that Zipair is “targeting price-sensitive travellers” and so “the carrier will provide pricing options that matches the needs of its market”. He added that details regarding inflight offerings will be revealed at a later date.

“All optional services are expected to come with an ancillary fee, including business class,” he said.

Zipair’s economy class seats, made from artificial leather according to the airline, have a seat pitch measuring 31 inches and width of 17 inches. Manufactured by Recaro, the seats can recline up to three inches. The airline added that when the seat reclines, the backrest and seat move simultaneously providing more space for passengers sitting behind each seat. 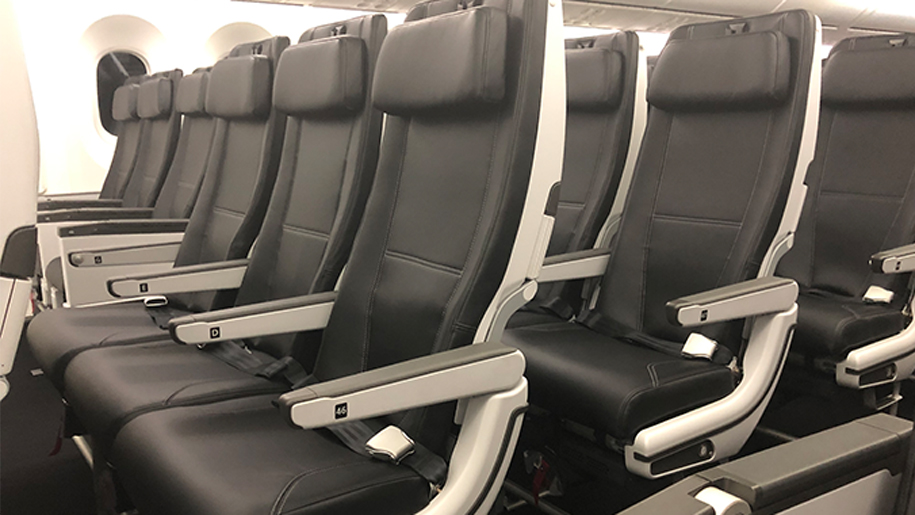 The seats also come with a power supply and a tablet holder: 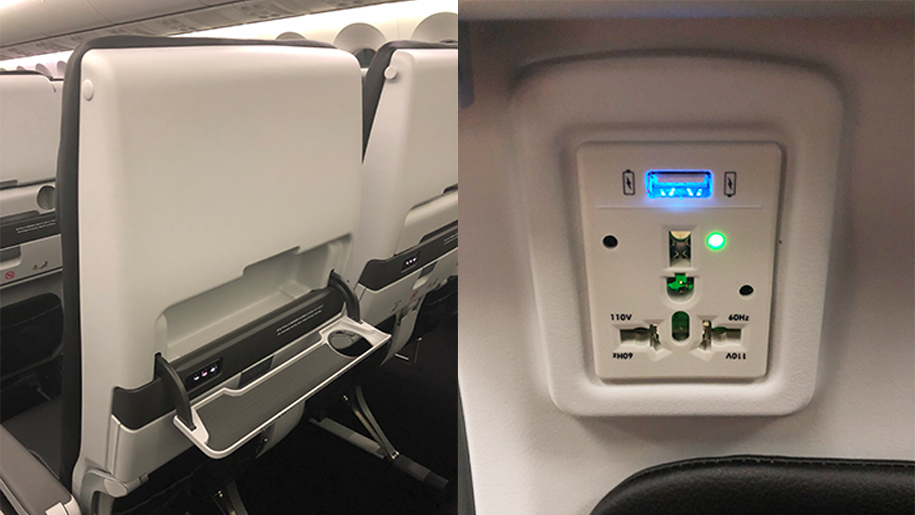 Zipair, a wholly-owned subsidiary of Japan Airlines was founded this year and is expected to begin operating next year with inaugural services from Narita Airport to Bangkok in May 2020, and to Seoul’s Incheon Airport in July 2020. The budget carrier revealed designs of its aircraft livery and crew uniform in April this year.