United to add services between US and Tokyo Haneda

Currently, United flies daily non-stop service between San Francisco and Haneda, which is closer to Tokyo city centre than Narita Airport, the other airport serving the Greater Tokyo Area. Business Traveller Asia-Pacific has published a guide for passengers travelling between both airports and Tokyo’s city centre.

Below is the schedule for United’s Haneda flights, effective from March 28, 2020:

Tickets for the new flights to Haneda are already available for purchase.

In addition to the Haneda flights, United will continue to fly non-stop services between Tokyo Narita International Airport and Denver, Guam, Honolulu, Houston, Los Angeles, New York Newark and San Francisco, although the airline will suspend its Chicago-Narita and Washington DC-Narita services when the new flights to Haneda begin operations next year.

Below is the schedule for United’s Narita flights, effective from March 28, 2020:

“Our new service to Haneda gives our customers more choice and connections to more than 65 destinations throughout Asia. With service beginning next spring, we look forward to providing convenient service for the Olympic Games Tokyo 2020, and beyond.

“United has offered nonstop service between the US and Japan for more than 40 years and we are excited to expand our Japan network at Tokyo’s Haneda Airport and continue to be the largest US carrier to Japan.”

Recently, another US carrier Delta Air Lines has also announced that it will shift all its Tokyo flights from Narita Airport to Haneda Airport beginning March next year. 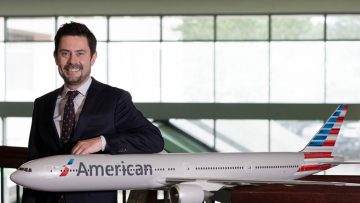