Delta will transfer the full operation of its US-Tokyo services from Narita Airport to Haneda Airport from March 2020.

Narita International Airport (NRT) and Haneda International Airport (HND) are two airports serving the Greater Tokyo Area. Narita, the predominant international airport in Tokyo, is located about 60km outside of Tokyo; while Haneda, situated roughly 20km from the Tokyo city centre, is much closer – and thus more convenient for most business traveller’s visiting the Japanese capital.

Business Traveller Asia-Pacific has provided an overview of the major transport options for passengers travelling between the two airports and the city centre.

Currently, Delta operates seven daily flights between the two airports in Tokyo and Atlanta, Detroit, Honolulu, Los Angeles, Minneapolis/St. Paul, Portland (Oregon) and Seattle. Flights from Los Angeles and Minneapolis/St. Paul arrive at Haneda Airport, while the remaining flights land at Narita Airport. As for the Seattle-Tokyo service, Delta will deploy the A330-900neo, its newest wide-body aircraft, on this route from October 27 this year.

As of now, besides Delta, American Airlines and United Airlines also fly daily from Los Angeles and San Francisco, respectively, to Haneda Airport. Therefore, after moving all its US-Tokyo services to Haneda Airport next year, Delta will become the largest US carrier serving the airport.

All the aircraft deployed on the US-Tokyo routes feature the airline’s Delta One business class product, which Business Traveller has reviewed here.

All cabins of service on all the US-Tokyo flights will include complimentary meals, snacks and beverages, including meals for all customers created in partnership with Michelin consulting chef Norio Ueno. The US carrier will launch a new “bistro-style” international Main Cabin experience, which will feature welcome cocktails, hot towel service, as well as mix-and-match options for premium appetisers and larger entrees.

Delta has created an infographic showing the cabins and the aircraft used on the seven routes between Tokyo Haneda and seven US destinations: 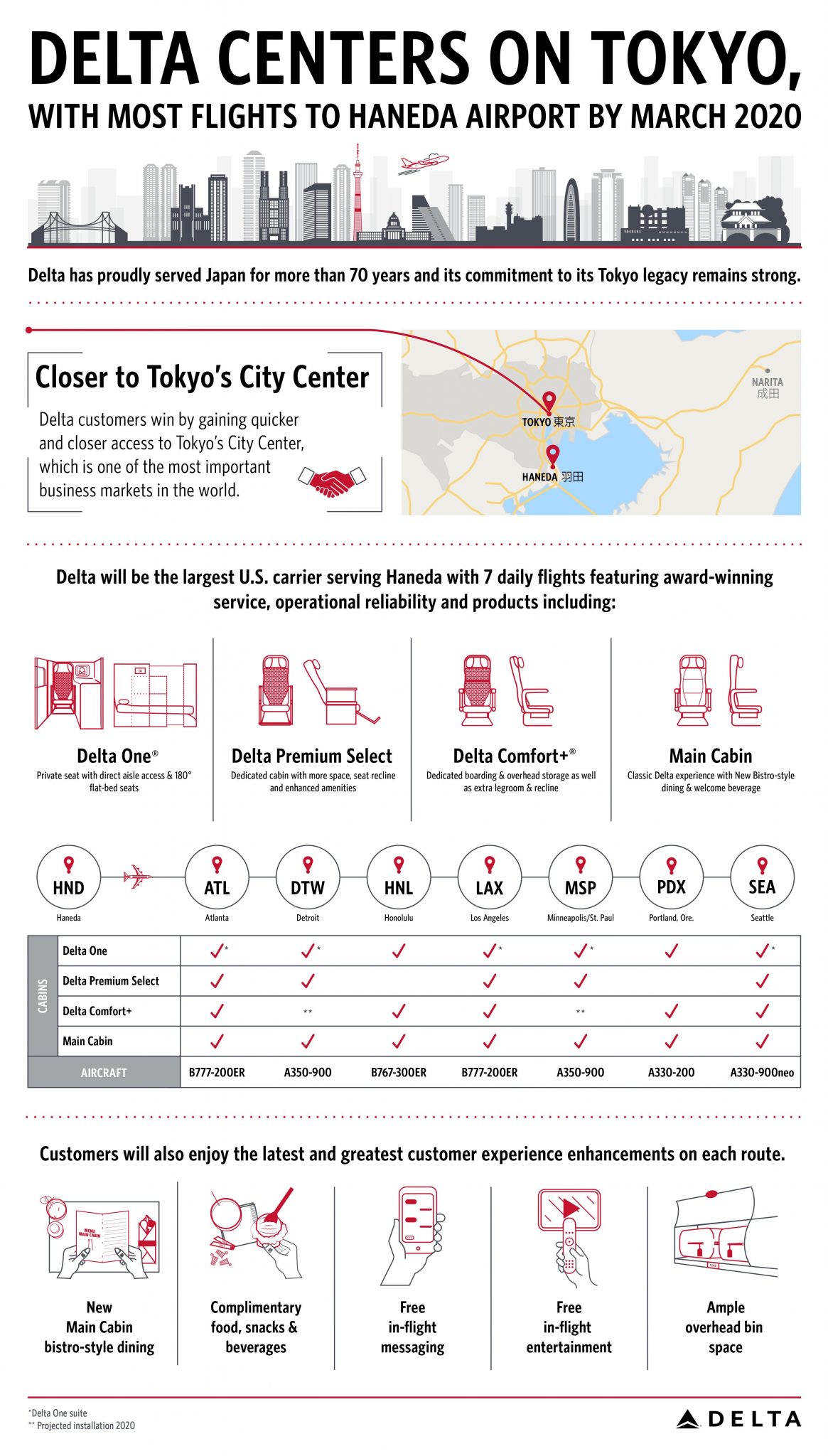 The American carrier will also adjust its network of flights beyond Narita. From March 2020, Delta will suspend its Tokyo Narita-Manila service, and launch a new daily Seoul Incheon-Manila service. The new service will give Delta’s customers connectivity via its trans-Pacific hub in Seoul with its joint venture partner Korean Air.

Delta will also suspend its Tokyo Narita-Singapore service from September 22 this year. Passengers travelling with Delta Airlines can still reach Singapore and more than 80 other destinations in Asia through Seoul Incheon Airport via its joint venture partnership with Korean Air.

From October 1 this year, Delta will also use its A330-900neo on the daily Seattle-Seoul Incheon service.

Loading comments...
Read Next
Thai Airways finishes flying all its stranded passengers out of Hong Kong
Read Previous
United Airlines pilots told to abstain from alcohol for 12 hours before flights 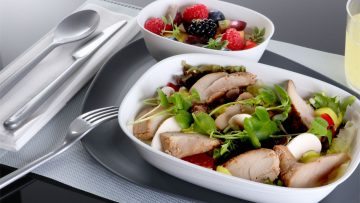