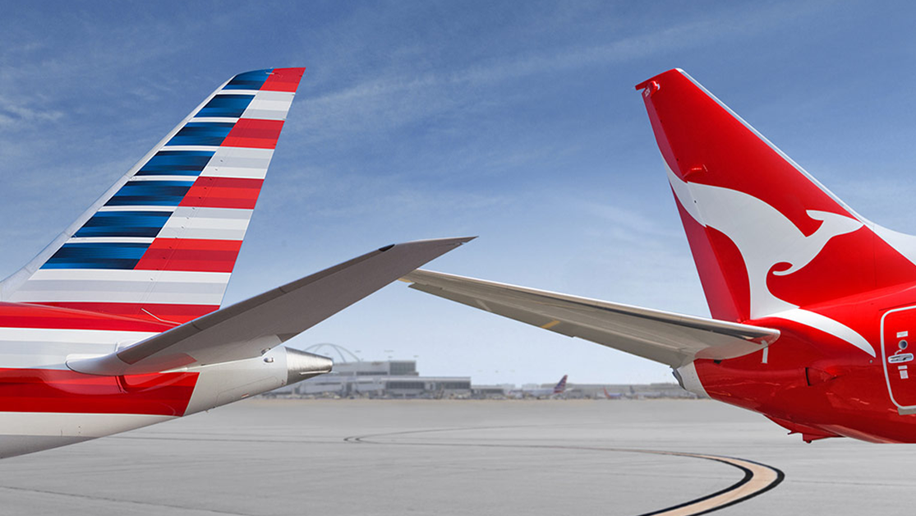 The government has granted “tentative approval” to a proposed joint-venture partnership between Qantas and American Airlines that is being touted as offering an array of benefits to passengers including new route launches to Chicago and San Francisco, more optimised schedules and even higher miles-earning rates.

The two airlines re-filed their application to form a joint business in February last year after their first application was rejected by the US Department of Transportation (DoT) in 2016.

Qantas and American Airlines had warned that they may be forced to reduce some of their services and axe others altogether – notably Sydney-Dallas/Fort Worth – should the new application fail to get approval.

And while final approval is still up in the air, the DoT’s granting of tentative approval is a positive sign for the two carriers. A final decision from the DoT is expected within the coming weeks.

Unlike a codesharing agreement, which sees an airline place its code on select flights operated by another carrier and market it themselves, a joint business agreement allows the airlines to share revenue on designated routes.

Both airlines have stated that a joint business would enable them to launch a number of new routes, some of which would connect new city pairs not currently offered by either carrier. Among these are Brisbane-Chicago and Brisbane-San Francisco, both of which would be operated by Qantas.

These changes would also enable passengers to have better access to more seats, resulting in lower fares, the carriers claim.

Additionally, the two carriers’ frequent-flyer tie up would be expanded to include higher earning rates than are currently offered as part of their mutual membership of the Oneworld airline alliance, along with “increased redemption opportunities and improved reciprocal end-to-end recognition of our top-tier frequent flyers”.

Finally, the airlines have stated their intention to co-locate at airports, and further invest in their lounges, baggage systems and other infrastructure aimed at improving customer experience.

American Airlines has previously stated that the development of joint businesses is key to its Asia-Pacific strategy going forward. The airline already has a joint partnership in place with Japan Airlines, and has also previously stated its interest in the possibility for a future joint-business agreement with China Southern with whom it has a codesharing agreement.

Rival US carrier Delta Air Lines, meanwhile, has also been shoring up its presence in Asia-Pacific, having entered into a joint-business agreement with fellow Skyteam member Korean Air last year.

News
12 new flights from the US to Tokyo Haneda win 'tentative' US government approval
17 May 2019
Loading...