Qantas may be forced to reduce frequency on or even axe altogether is Airbus A380 service between Sydney and Dallas/Fort Worth if its joint-business application with fellow Oneworld carrier American Airlines does not get the necessary approval, according to the airlines’ new application to the US Department of Transportation (DoT).

The two airlines re-filed their application for a joint business with the DoT yesterday, after it blocked their previous application in 2016.

American Airlines has said it may also be forced to reduce its services between Los Angeles and Sydney and Auckland should the agreement not go ahead, and that both carriers would have “no choice” but to reduce codesharing flights. The carriers have cited the routes’ reliance on codeshare flights bringing in traffic from each airline’s respective networks in order to be economically viable

In its 2016 decision to deny the airlines’ previous application, the DoT had said that approving the partnership could “create a potentially anticompetitive environment given the scale of the resulting joint business, which would account for approximately 60 per cent of seats between the US and Australia”.

However, according to a press release published in conjunction with the new application, Qantas said the DoT’s decision in 2016 “did not take into account precedent, intense competition on the Tans-Pacific route and the benefits a closer relationship between the two carriers had already delivered and would continue to deliver going forward, including new routes”.

Both airlines have been keen to highlight the positives of a joint business arrangement, notably the potential for new routes between the US and Australia and New Zealand, including connecting city pairs that neither airline currently operates flights between.

Codeshare flights along with the number of available fare classes on flights between Australasia and the US likely would increase, and travellers could also expect wider frequent-flyer perks as well as benefit from broader investments in the airlines’ lounges.

According to the airlines, the joint venture will “significantly improve service, stimulate demand and unlock more than US$300 million annually in consumer benefits”.

In 2015, more than 600,000 people visited Australia from the US and visitors from the US comprise the fourth-largest visitor group to Australia.

The airlines have stated that they expect the joint business to further add some 180,000 new trips per year between the US and Australia and New Zealand.

Last year, the airline also made a US$200 million equity investment in Chinese carrier China Southern, which was followed by codesharing between the two carriers on a number of routes.

Speaking to Business Traveller at the American Airlines Annual Investor and Media Day last September, American Airlines vice president of alliances and partnerships Joe Mohan said that a wider agreement between the two airlines could also be on the cards.

“If we could accomplish, at some point, an open-skies agreement, then we would be very interested in doing a joint-business agreement with China Southern,” he said.

Meanwhile, Qantas has been focusing much of its attention on its US services, notably following the delivery of its new Boeing 787-9 Dreamliner aircraft, which first debuted on its Melbourne-Los Angeles route last year.

The Australian flag carrier has since confirmed that its Brisbane-Los Angeles route will be getting the new aircraft from September 1, 2018 onwards, replacing the B747 that currently flies the route. In late 2018, Qantas also aims to launch a new route between Melbourne and San Francisco using its new Dreamliner. 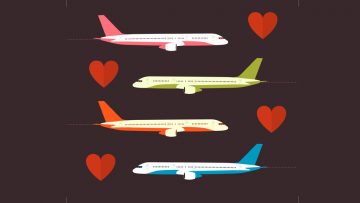