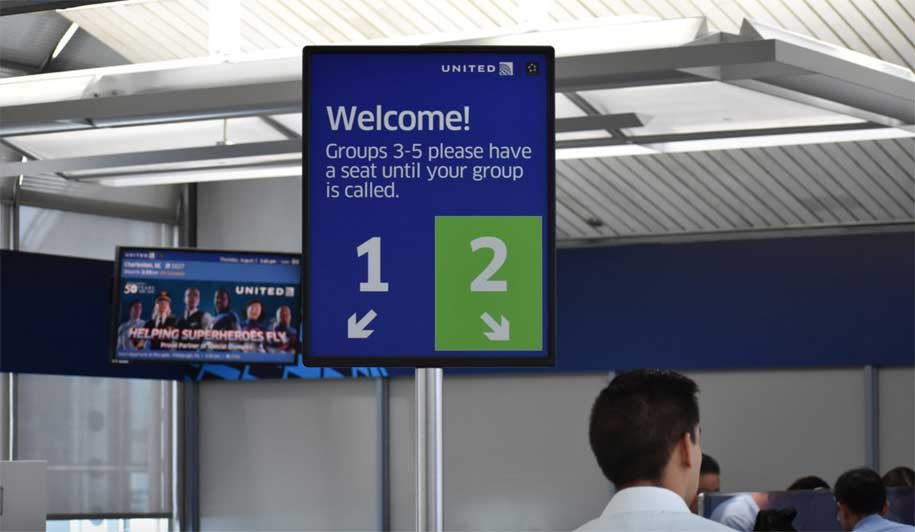 United Airlines has added new improvements to boarding at gates in airports around the world.

The most notable change is the reduction of the number of boarding lanes from five to two.

In addition, United app users will receive a new alert when boarding has begun for their flight, with the airline saying that “in the future” it will “expand these notifications to text messages.” 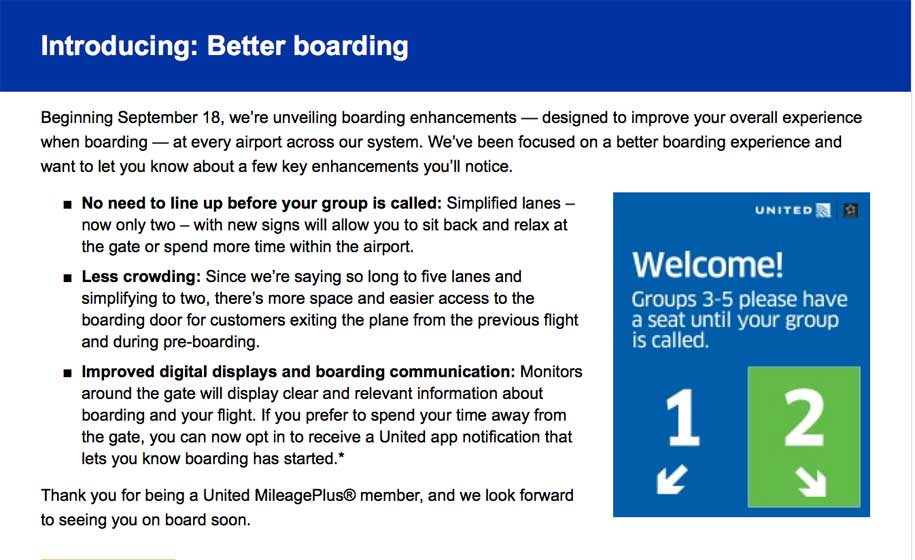 United says it started testing a variety of boarding concepts in the fall of 2017, asking for feedback from customers and employees along the way.

After positive feedback from both passengers and employees, United began rolling out aspects of this process, including updated signage at select airports across its network earlier this year, and putting it into effect at all gates at Los Angeles International Airport in February. The better boarding is now being rolled out to over 1,000 gates across the world.

“The boarding process was one of the top areas customers told us they wanted improved,” said Sarah Murphy, vice president of Global Operations Strategy, Planning and Design at United. “We listened to customers and employees as we tested a variety of processes on thousands of flights until we found a better boarding process that results in less time spent waiting in lines, improved communication and a better way to recognize our Premier®customers while balancing out the number of passengers in each boarding group.”