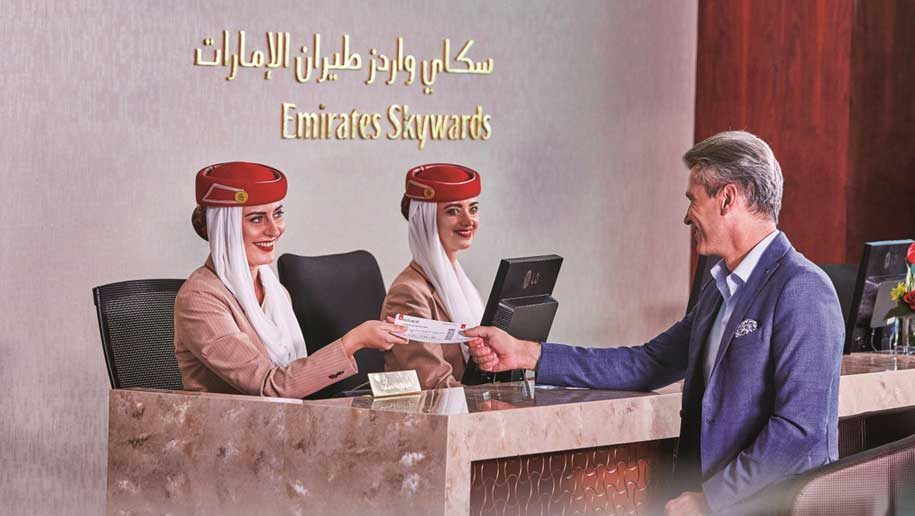 The airline says that on average it gains 220,000 new members each month, and in 2017, members redeemed a total of 35 billion miles on reward flights, hotels stays and other offers.

Speaking to Business Traveller Middle East last year, Dr Nejib Ben Khedher, Senior Vice President, Emirates Skywards, said that Upgrades accounted for 31 per cent of redemptions, compared with 25 per cent on cash plus miles and 16 per cent on flights. Most passengers actively look for upgrades when planning trips, with around 60-75 per cent booking upgrades ahead of the 48-hour travel window. Dr. Nejib said offering the service through mobiles is “in the pipeline”.

As with many other loyalty programmes, Skywards has moved to a revenue based model where members earn more miles depending on the price of the ticket. Emirates tickets include Flex and Flex Plus fares which earn more miles than discounted or restricted fares, and also include advance seat reservation (fees were introduced on Economy Special and Saver fares in 2016). Flex fares also offers the possibility to upgrade before the flight, whereas Saver fares only allow an upgrade 48 hours before.

Dr Nejib Ben Khedher said that “Flex is very important in two aspects.  If you talk about an economy ticket, flex gives you higher tier miles and if you’re status driven, it’s 2/2.5 times higher with the miles you earn.”

Emirates is looking into releasing more “personalised rates” taking into account how much members spend with them. Platinums spend on average 3.5 times the amount of Gold members.

“There is an aspect of revenue which is captured through the fare brand, but tomorrow even that base will not be that static.” Said Dr Nejib. “It will depend on the fare on that sector and the yield. That’s something we’re looking into. So hopefully those buying the higher fares will get higher incentives. We’re doing a lot from a data science perspective, to understand members’ behaviour better – so rather than pushing out a promotion by email, we’re trying to make it much more targeted.” One element of this that the airline has trialled is displaying upgrades on emirates.com when they are available, during the booking stage, but only to travellers it is targeting (ones who are looking to jump a tier, or stay in the existing one).

It is believed that of the 20 million members, silver is growing about 8 per cent, and platinum 4 per cent (15,000 members), but the overwhelming number are locked in blue.

In 2016, Emirates introduced cash plus miles, appealing to the many members who haven’t enough points for flights (seven million members had less than 40,000 miles). For the airline, it provides the opportunity to engage with passengers who haven’t been on board for a while – 28 per cent who took up cash + miles were “inactive” in the past year.

Moreover, with 83 per cent taking it up coming from the Blue tier, it gives Emirates the chance to showcase premium cabins to a new segment of travellers. “We want the person who has never flown business to give them a taste so we can capture them later on,” said Dr. Nejib.

The service also extends to passengers before they get on board, with Dubai Duty Free accepting cash plus miles for purchases.