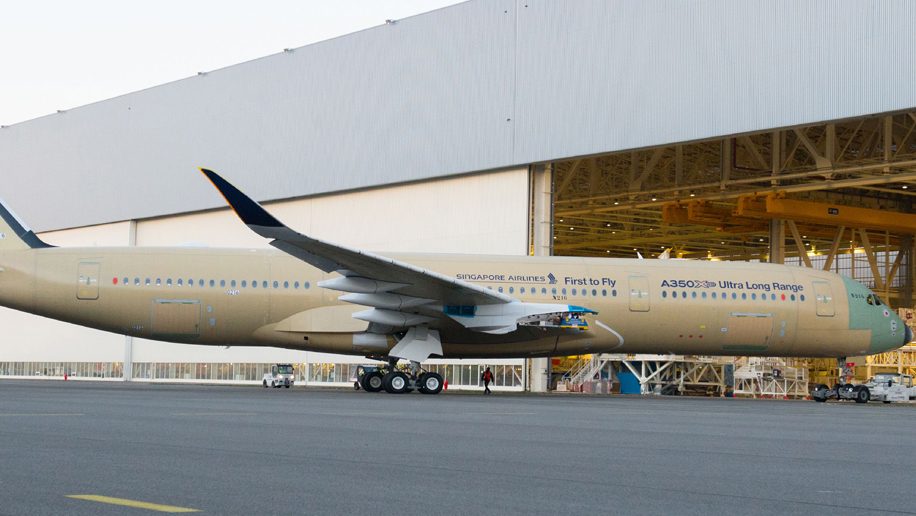 The first of manufacturer Airbus’s A350-900 Ultra Long Range (ULR) aircraft rolled off the final assembly line at the company’s facility in Toulouse today, ahead of its delivery to launch customer Singapore Airlines later in 2018.

The A350-900ULR is a new variant of the manufacturer’s existing A350-900 aircraft that is able to fly greater distances than both its predecessor and, according to Airbus, any other commercial aircraft. Airbus claims the aircraft is capable of flying distances of up to of 9,700 nautical miles, or 17,964 kilometres, or for durations exceeding 20 hours.

Singapore Airlines has made it known that it intends to use the seven A350-900ULR it has on order for ultra-long-haul, non-stop flights between Singapore and the US. This notably includes Singapore-New York – the world’s longest commercial route at 15,344 kilometres taking between 18 and 19 hours to complete.

Airbus has since positioned the more fuel-efficient A350 to replace the A340 as well as compete with rival manufacturer Boeing’s 777 and 787 aircraft.

The first A350-900ULR is now set to undergo ground tests ahead of the installation of its Rolls-Royce Trent XWB engines. Airbus will then conduct flight tests to certify the changes in the new aircraft compared with the standard model that will enable it to fly greater distances, notably aerodynamic performance and a modified fuel system.

Last week, Airbus also delivered the first of its new A350-1000 aircraft to launch customer Qatar Airways. These variants are longer than the A350-900 and are capable of flying up to 8,000 nautical miles or 14,800 kilometres.

Meanwhile, Singapore Airlines is also set to take delivery of the world’s first Boeing 787-10 Dreamliner aircraft next month, which it plans to begin flying to Osaka followed by Perth this May.

Singapore Airlines isn’t the only carrier waiting for the right aircraft in order to launch new ultra-long-haul routes. Last year, Qantas threw down the gauntlet for both Airbus and Boeing to develop an aircraft capable of flying non-stop between Sydney and London by 2022, a journey that would take about 20 hours and 20 minutes.

Not even the A350-900ULR is quite capable of making that journey, though it does come close, as does Boeing’s upcoming 777-X aircraft. Both manufacturers appear to have accepted the challenge with plans to develop modified variations of these two aircraft in the future. 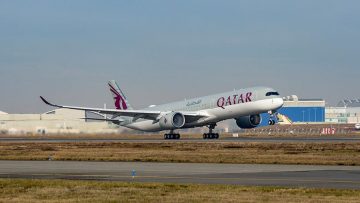 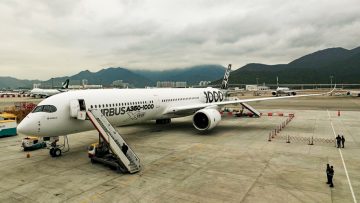 News
United now flies the longest non-stop route from the US
31 Oct 2017
Loading...