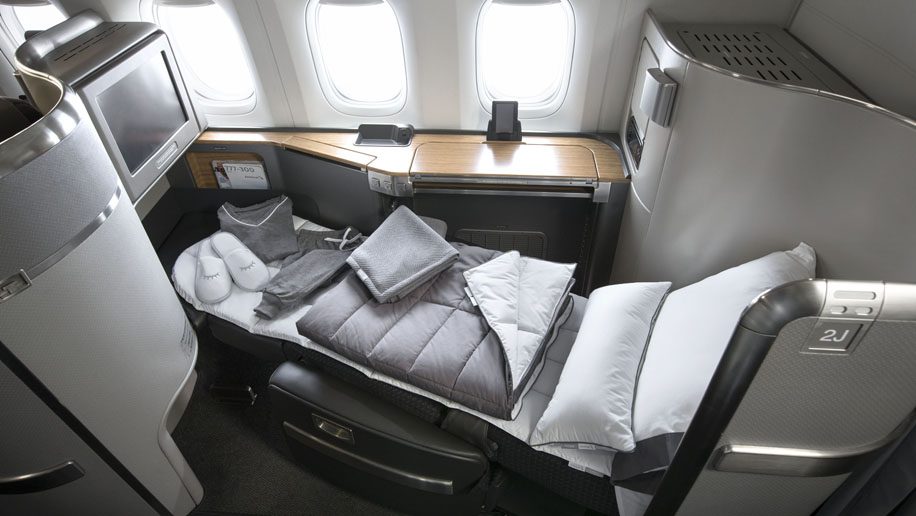 American Airlines is rolling out a range of new perks for passengers including new bedding, free in-flight text messaging and a general overhaul of its aircraft.

Starting in December, all long-haul international and transcontinental first, business as well as premium economy class travellers will be offered bedding and pyjamas from sleep company Casper. These will include a mattress pad, duvet, pillow, day blanket, lumbar pillow, pyjamas and slippers, though offerings may vary depending on routes.

As for the airline’s narrowbody fleet, starting this year American Airlines will begin what it has described as the “largest fleet modernisation project in aviation history”, comprising more than 550 narrowbody aircraft.

According to Robert Isom, the airline’s president, legacy American Airlines and legacy US Airways A320s and A321s, which have different seating configurations, will be made common. The aircraft would also be “taking advantage of new seats, new interiors, satellite wifi, new in-seat power and also much larger bins,” he added.

American Airlines will also be entering its first B737 Max into service early next year. “It’s going to have thinner and more comfortable seats, satellite wifi and a world-class library of stored content, videos and shows,” said Isom. In-seat power and larger bins will also be added. Meanwhile the B737 Max’s predecessor, the B737-800, will be getting an interior to resemble the new Max aircraft and will be changing configuration to take advantage of these newer, thinner seats.

While these thinner seats will mean more seats per aircraft – the A321 is set to get an additional nine while the B737-800s will get an extra 12 – the carrier does not plan to drop seat pitch below 30 inches in economy class, a move that the airline scrapped earlier this year following negative public reception.

“The fleet is going to continue to get better and better,” said Isom.

American Airlines is also currently undergoing a rollout of its premium economy product, which is set to include all widebody aircraft and new deliveries, notably its B787-9 Dreamliners. In total, 104 aircraft will feature the class and full rollout is expected by the fourth quarter of 2018.

Passengers in the airline’s Main Cabin Plus – a longer-legroom economy class product with preferred boarding – will also be getting additional amenities in the future.