Amtrak trains to get new interiors 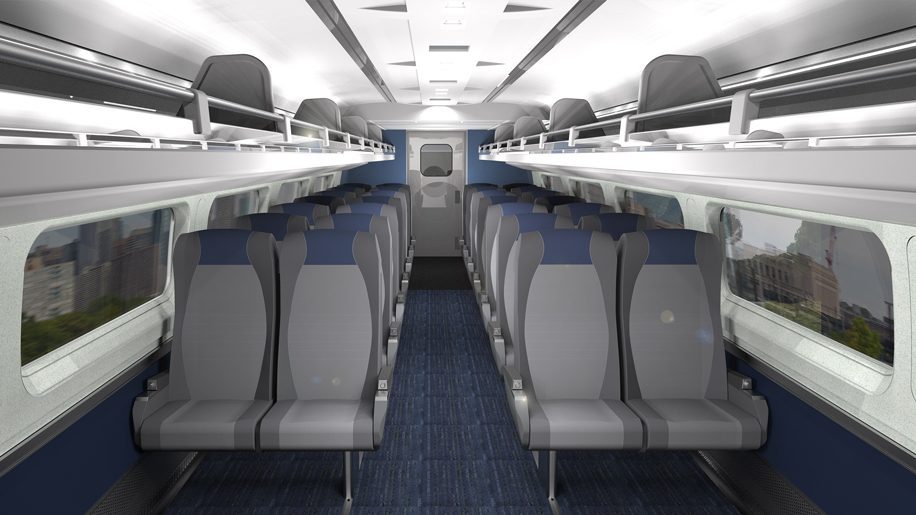 Amtrak passenger trains operating in the busy Northeast Corridor and the Midwest will soon get a makeover that will include improvements to seating, lighting, and the cafe cars.

A $16-million project announced by the US national passenger railroad corporation will focus on upgrading the interiors of Amtrak coach cars, including the addition of new seat cushions, carpeting, LED reading lights, bathroom flooring, and design flourishes.

Business-class cars will get new curtains, and the galleys in cafe cars will be redesigned.

Amtrak Co-CEO Wick Moorman promised that the changes, slated for completion in summer 2018, will result in “a marked improvement in the overall ambience on board.”

“The upgrades offer customers what they told us they want more of during their travels – a more comfortable, refreshed look and feel,” said Moorman.

The upgrades will touch more than 450 of Amtrak’s “Amfleet 1” train carriages nationally.

Previous upgrades to Amtrak’s coaches have included the addition of power plugs and wifi service. The Amfleet 1 cars date back to the mid-1970s and were designed for short-distance routes, such as between Boston, New York, and Washington, D.C.

The railroad’s Amfleet 2 trains were built with long-distance service in mind. The current design of the Amfleet cars harks back to that of airline interiors of the Seventies.

Loading comments...
Read Next
Get £20 off your next flight with the Air France app
Read Previous
Swiss challenges Easyjet with Geneva Flightpass
Our Awards