12 new and upcoming hotels in Shanghai

While the past 12 months have seen a number of international hotel brands make their entry or bolster their number in Shanghai, domestic brands also have been making their mark, as Wanda Hotels and Resorts’ Wanda Reign on the Bund illustrates. The Chinese company describes the property as “ultra luxury”, though even if you didn’t know this in advance, its abundant use of gold in its colour scheme along with extravagant crystal chandeliers would likely be a pretty clear clue. Nearby attractions include the ancient Yu Garden and the City God Temple.
wandahotels.com

Situated north of Shanghai’s famous Bund area in Wujiaochang, the first of Hyatt’s two planned Hyatt Regency hotels in the city forms part of the business zone’s Hopson International Center mixed-use development. While the property is a little further from the action than some of the other hotels in the city closer to Pudong or Jingan districts, the hotel is located next to Metro Line 10 Wujiaochang Station providing straightforward connectivity downtown.
hyatt.com 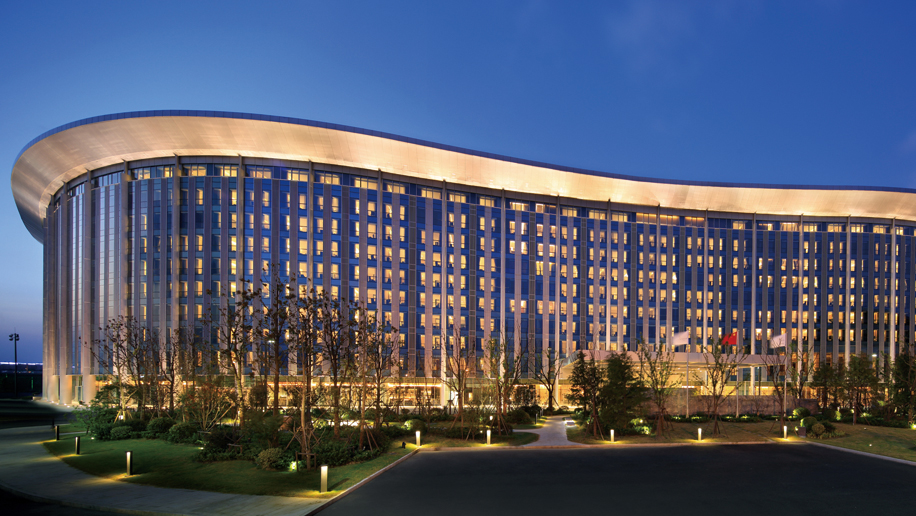 Intercontinental Hotels Group (IHG) opened its fifth Intercontinental-brand hotel in Shanghai in September 2016, and arguably one of its most notable. The Intercontinental Shanghai NECC is located in Section D of the National Exhibition and Convention Center (NECC) – claimed to be the “largest single building and exhibition complex in the world”. It’s little surprise, then, that the 536-room hotel itself has more than its fair share of events space also, offering some 2,200sqm of events space including a nine-metre-high pillarless grand ballroom.
ihg.com

Pullman Hotels and Resorts’ latest foray into the Shanghai market used to be the Grand Mercure Shanghai Central, before the property was selected for a year-long renovation and rebrand. Now the property – which has 288 rooms in total – offers a number of Pullman-specific offerings. Among the most notable is the Pullman Artist Playground, an initiative recently launched by the hotel group, in which properties collaborate with artists. In this case, Chinese artist Qin Ming created a series of bespoke artworks for the hotel.
accorhotels.com 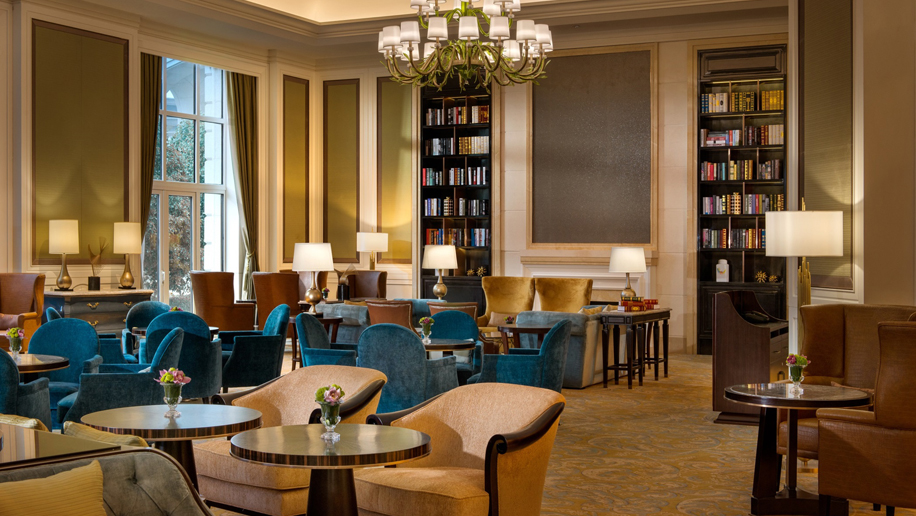 Shanghai’s third Le Meridien hotel in the city, Le Meridien Shanghai, Minhang is another property that’s sprung up in the city’s Hongqiao district. Some 240 rooms are available here, though perhaps the hotel’s key focus is on its lobby area, which it positions as a social gathering space as part of its “Le Meridien Hub” concept. Key offerings as part of this concept are light bites, coffees created by the hotel’s master barista, signature éclairs, and many others.
marriott.com 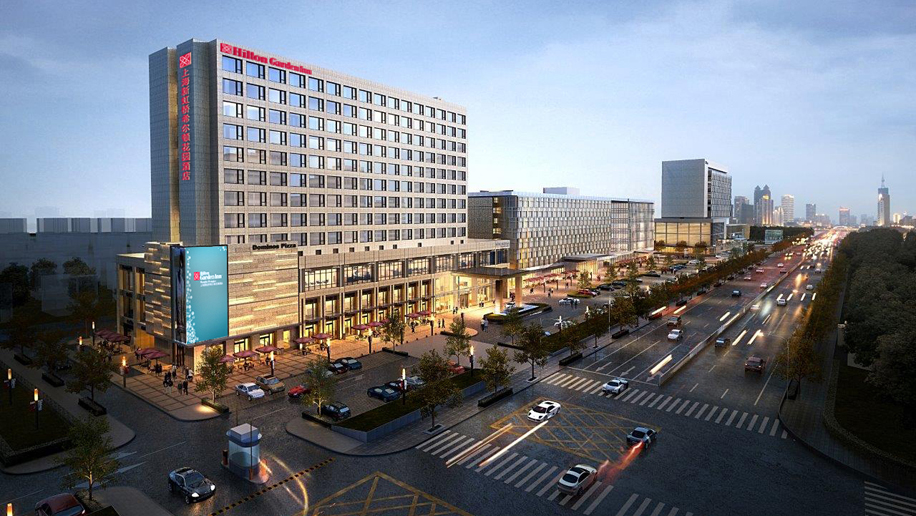 The 226-room Hilton Garden Inn Shanghai Hongqiao was the first property under the Hilton Garden Inn brand in the city when it opened its doors in April 2017. The hotel’s location in the Hongqiao CBD places it in close proximity to the city’s second airport, Hongqiao, which is about a ten-minute drive away, while the National Exhibition and Convention Centre and Shanghai Yintao Golf Club are also nearby.
hiltongardeninn3.hilton.com

The second of Hyatt’s two new Hyatt Regency hotels in Shanghai, the Hyatt Regency Shanghai Global Harbor is located in the Putuo district, north of Jingan. The hotel forms part of the Global Harbor shopping and entertainment hub, though a number of event spaces and F&B options will also be available. As for the hotel itself, some 2,600sqm of indoor and outdoor events space is on the cards, along with outdoor terraces on the 47th floor and a rooftop bar. As of May 2017, not all of the facilities are open to the public, however.
hyatt.com 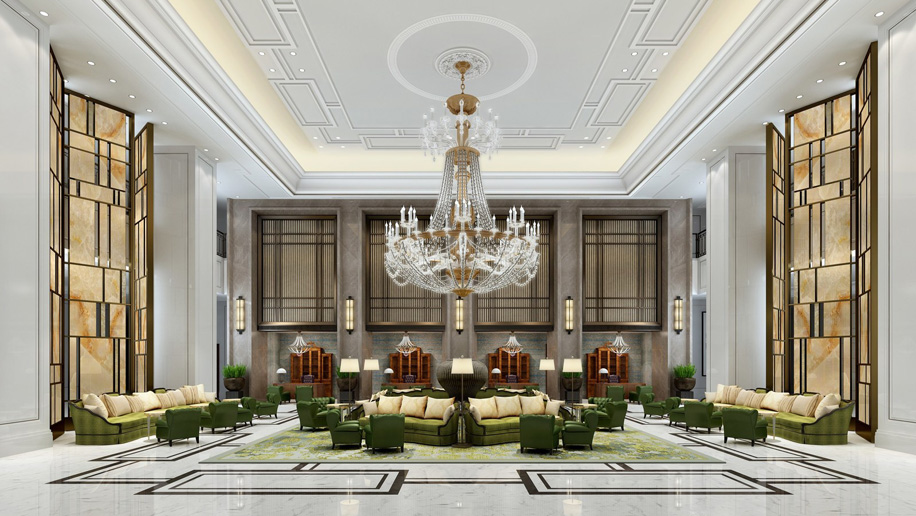 The ninth property in Greater China from St Regis Hotels and Resorts, the St Regis Shanghai Jingan is – rather surprisingly – its only one in China’s major eastern city (Hainan Island alone has four). The property is located in one of the major business and cultural districts in the city, Jingan, in walking distance of the Shanghai Natural History Museum and near to the 400-year-old Yu Garden. This also places it closer to Shanghai’s less-prominent Hongqiao Airport (about 30 minutes away) than the major international airport, Pudong (one hour away).
starwoodhotes.com/stregis

The most recently opened hotel on this list, the Melia Shanghai Hongqiao ended up delaying its launch by close to a year, having originally been slated for a July 2016 opening when it was announced in 2015. While it is located about five minutes from the NECC, the hotel markets itself as more of a mixed business and leisure (or “bleisure”, to some) hotel than an entirely MICE-focused one. Perhaps most noteworthy about the hotel are its more traditionally styled Garden Villas, measuring around 400sqm and featuring, as their name suggests, a 200sqm garden terrace.
melia.com

Starwood Hotels and Resorts originally signed the Aloft Shanghai Nanxiang back in 2015, prior to its merger with Marriott International. The city’s debut Aloft property, however, still looks set for its January 1 opening next year, bringing with it all the brand’s usual highlights including loft-inspired rooms and an abundance of social spaces. Aloft Shanghai Nanxiang is located in the Jiading district in the city’s north-east.
starwoodhotels.com

Announced back in May 2015, Onyx Hospitality Group’s fifth serviced residence in Shanghai, the Shama Caojiadu Shanghai, was originally slated for a 2017 opening. This has since been pushed back to 2018. Located in the city’s Jingan district, the hotel was originally planned to have 168 units, however as of May 2017 this now appears to have been adjusted to just 159, according to the hotel’s online portfolio.
onyx-hospitality.com

[Get a more in-depth look at developments in Shanghai’s Hongqiao district with Business Traveller‘s May 2017 feature, “Spotlight on Shanghai: Room for growth“] 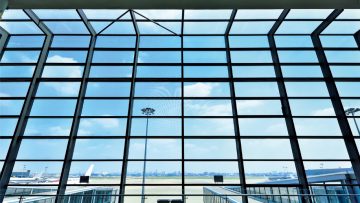 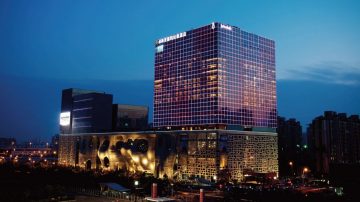