Etihad Airways has expressed it disappointment at Alitalia entering bankruptcy proceedings, stating that it had done “all we could” to support the Italian flag carrier.

The move to enter extraordinary administration follows last week’s vote in which employees voted against plans to cut jobs and salaries, which would have led to the unlocking of funds.

The Gulf carrier owns a 49 per cent stake in Alitalia, and president and CEO Hames Hogan said that while it was clear the business required “fundamental and far-reaching restructuring”, Etihad was “not prepared to continue to invest” without the support of all stakeholders.

“We are disappointed that despite Etihad’s significant investments in Alitalia, alongside those of the other shareholders, the airline was unable to proceed in its current form,” said Hogan.

“The initial strategy developed by Alitalia at the time of Etihad’s investment and implemented from 2015 delivered significant improvements.  However, new marketplace challenges, including greater low cost carrier competition and the impacts of terrorist events on tourism demand, meant further, deeper change was required.

“Italy remains an important market for us and we will continue to work with Alitalia as a commercial partner alongside our own presence in Italy.”

Alitalia said that its flight schedules “will continue to operate as planned”, and Etihad said that it would “communicate promptly and directly with its affected guests if that situation changes”. 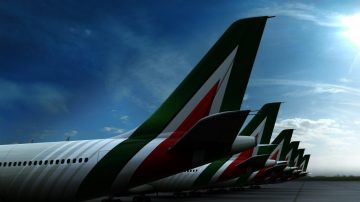