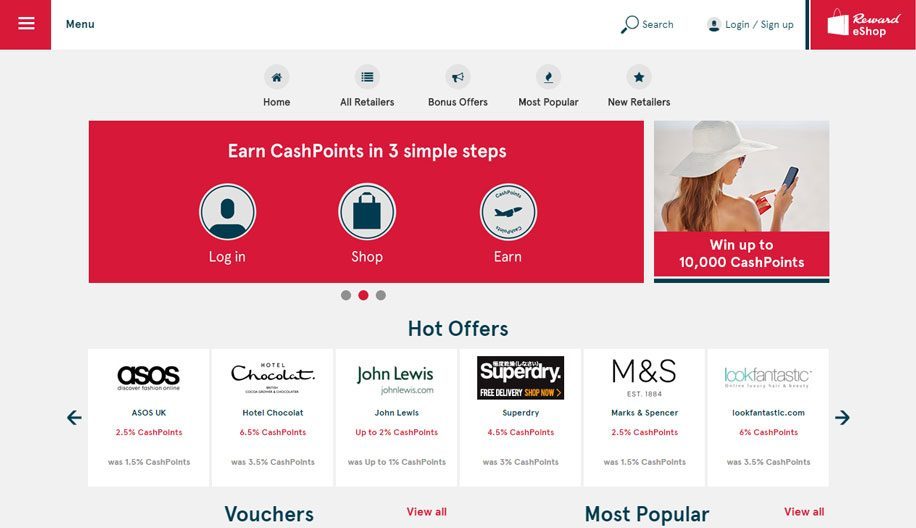 Norwegian Rewards has launched a new e-shop in the UK, allowing members to earn Cashpoints when making online purchases at nearly 1,000 UK retailers.

The online shop is similar to the online store offered by BA’s Executive Club and the Avios Travel Rewards programme – Norwegian already operates an e-shop in its home market, but says it is the first low-cost airline in the UK to launch such a service.

Members can earn Cashpoints (redeemable against Norwegian flights, or ancillary services such as checked luggage allowance) at retailers including John Lewis, Marks and Spencer, Tesco and Argos.

Depending on the retailer purchases will either earn members a percentage of their spend in Cashpoints, or a fixed number of Cashpoints.

To celebrate the launch Norwegian is running a prize draw for customers making e-shop purchases by May 31, with a first prize of 10,000 Cashpoints (which the carrier says is worth “around £1,000”), and  five runner-up prizes of 2,000 Cashpoints.

“Norwegian Reward is quickly growing its partner network in the UK to give more choices to our members and to make their money travel further when flying with Norwegian.

“This is the first time we are giving our UK members a fast and simple way to earn Cashpoints from everyday online purchases at nearly 1,000 leading UK retailers.