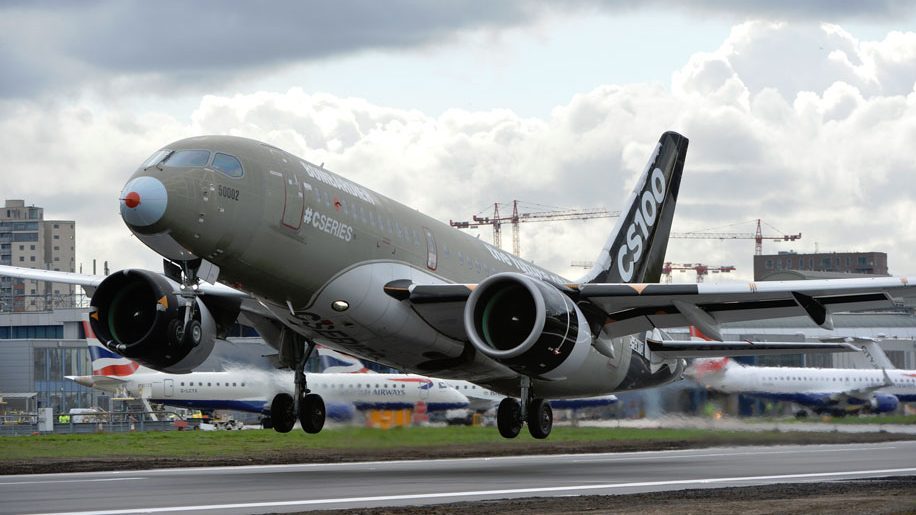 There is some good news today for our readers who regularly use Swiss at London City Airport (LCY).

It means the CS100 is now cleared to use London’s most convenient airport.

Last month the CS100 undertook a number of test flights at LCY, culminating in this aircraft operating non-stop from LCY to New York (albeit with a reduced weight).

“The C Series has unparalleled capabilities that no other aircraft in its category has – it will open new possibilities for  airlines wishing to operate at challenging airports around the world.”

“It will double the range that can be flown viably from LCY opening new routes for airlines and passengers.”

“It’s fantastic news that one of the quietest and most fuel efficient commercial aircraft in its class has been granted regulatory approval.  It provides opportunities for non-stop service to destinations including the US East Coast, Russia, West Africa and the Middle East.”

Swiss is currently the only European operator of the CS100 and in total it will operate a fleet of 30 which are intended to replace its older four-engined RJ100s.

Each of Swiss’  C100s can accommodate 125 passengers in a two-class layout configured 2-3.

Details of the Swiss CS100 along with a seating plan can be found here.