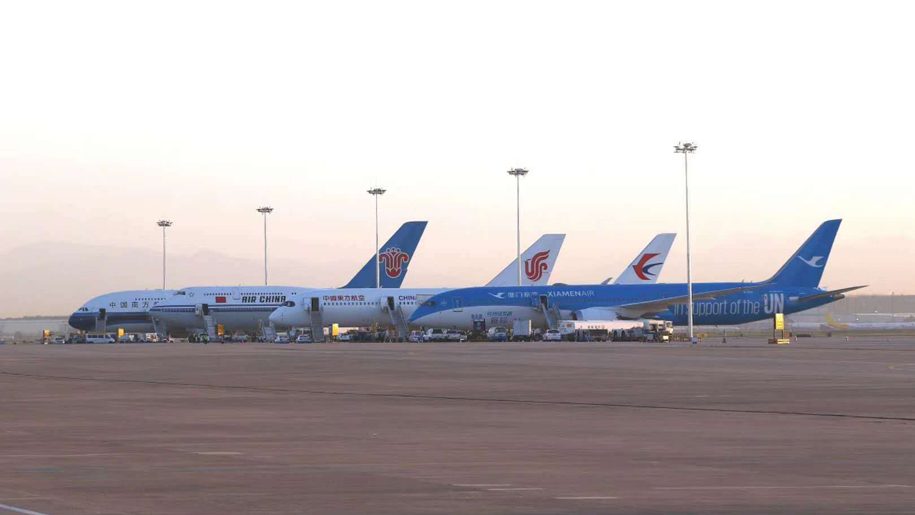 Beijing’s new Daxing International Airport completed its first passenger aircraft flight test on May 13 as it gears up to officially begin operations on September 30.

Four participating airlines, Air China, China Eastern, China Southern and Xiamen Air, sent their flagship aircraft – the Boeing B747-8, Airbus A350-900, A380 and B787-9, respectively – for the flight test, the airport said in a post on its official WeChat account.

The four aircraft took off one after another from Beijing Capital International Airport (PEK) just after 9am. The first plane, China Southern’s A380, landed on one of the runways at the new airport safely less than half an hour later. 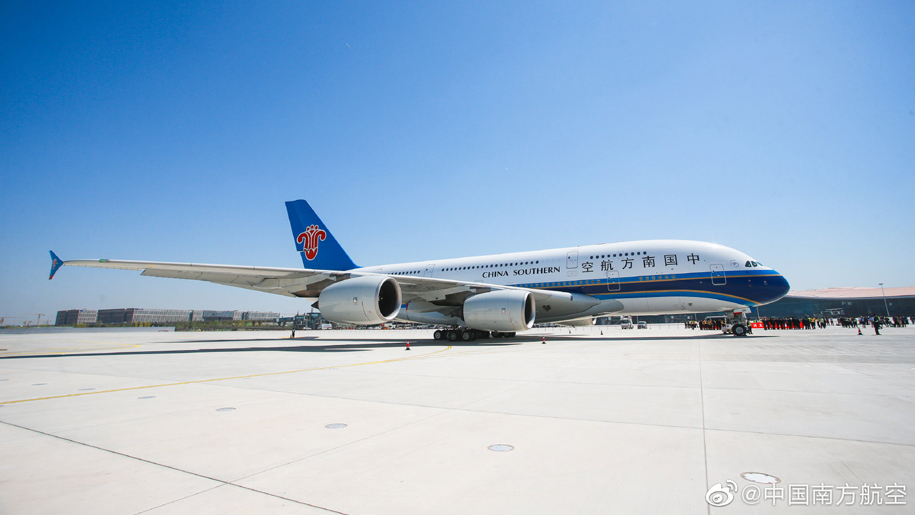 “The whole test flight was steady and smooth, the route design was optimised and reasonable, and the navigation and support facilities run well and fully met the navigation conditions,” said Zhang Tao, captain of China Southern’s A380 after the test flight.

The A380 is the world’s largest passenger plane and has the most stringent requirements for runway length, width and strength for takeoff and landing. The successful flight test of the aircraft means the new airport has reached 4F standard, the highest airport airspace class in China, meaning it is able to accommodate aircraft with a wing span between 65 and 80 metres and an outer main gear wheel span between 14 and 16 metres. 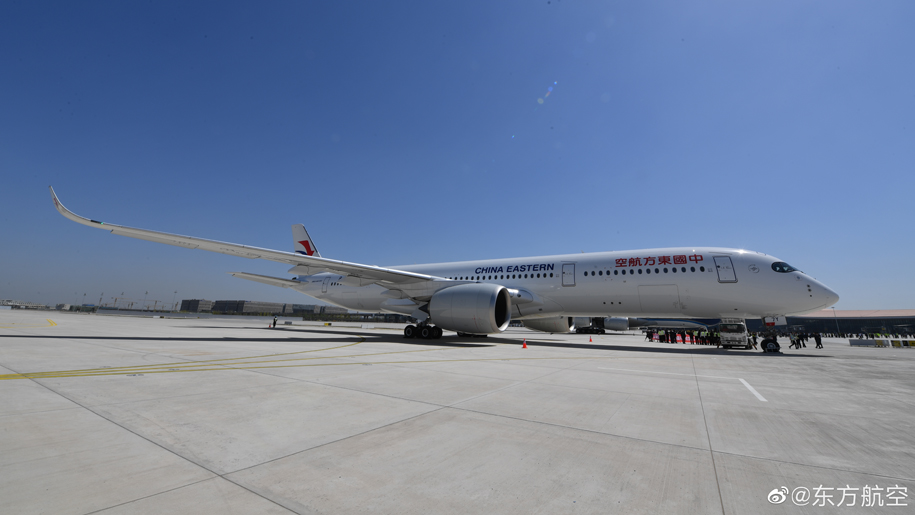 The other three aircraft also arrived safely soon after. China Eastern’s A350-900 was the second plane to land at the new Daxing Airport. This is China Eastern’s latest flagship model, which it first took delivery of in December. The carrier plans to base up to 200 planes at the new airport, with a large network covering all the major domestic cities as well as key international aviation hubs including Paris, Amsterdam, Detroit, Seattle and Seoul. 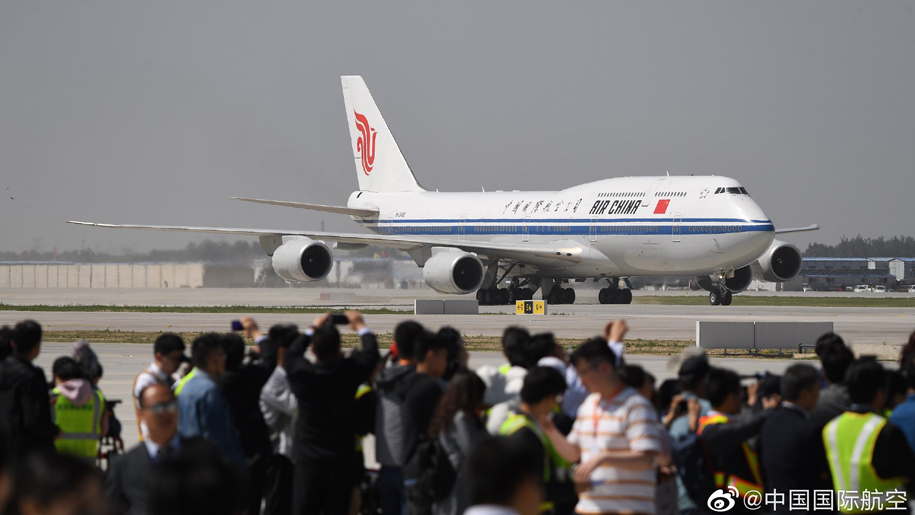 Air China’s B747-8 landed soon after. This aircraft was previously used for the flight test for the new runway at Chongqing’s Jiangbei International Airport (CKG). 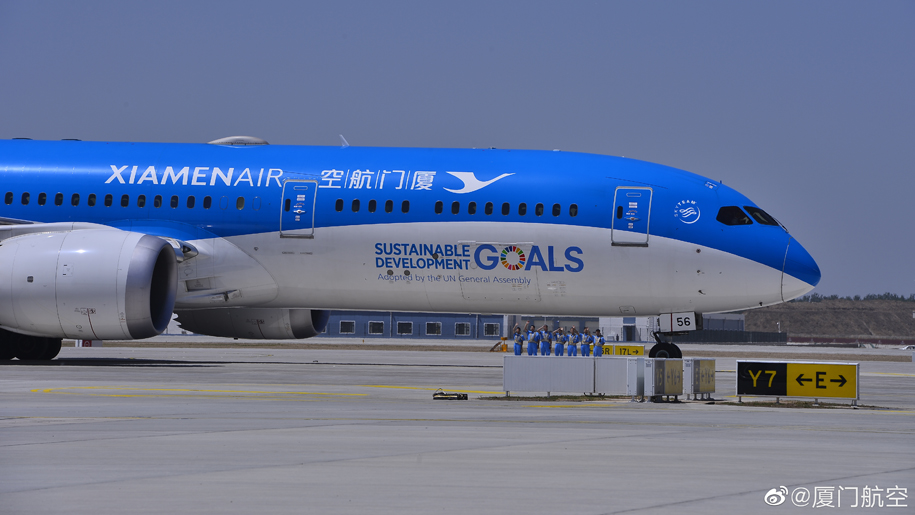 Last to arrive was Xiamen Air’s B787-9, the airline’s first aircraft bearing the special livery of United Nations’ sustainable development goals. According to the airline’s official WeChat account, the carrier will relocate its hub to the new airport in March 2020.

Commenting on the success of the flight test, Wan Xiangdong, chief pilot at the Civil Aviation Administration of China (CAAC), said, “The test shows that the new airport has now turned its focus from infrastructure construction to operation preparations.”

According to the CAAC, the IATA and ICAO codes of Beijing Daxing International Airport have been confirmed as PKX and ZBAD, respectively. So far, more than 50 Chinese and overseas airlines have expressed their interest to operate at the new airport.

Beijing Daxing International Airport is located in the capital’s southern Daxing District, approximately 46 kilometres from Tiananmen Square, the centre of the capital. The new airport will enable seamless connections with the capital’s metro system via the New Airport Line, and intercity railways that offer connectivity to nearby cities, including Hebei’s Langfang city and Xiong’an New District, a state-level new urban district given special economic and development support by the government.

The construction of Beijing Daxing International Airport is expected to be completed by June 30, before beginning operations on September 30 this year. The new airport is equipped with four runways, expecting an annual passenger capacity of 45 million by 2021, and 72 million by 2025.

Before the commencement of operations, low visibility flight tests are set to begin in August with additional flight tests also being conducted at the same time.

As previously reported by Business Traveller, China Southern is set to launch flights between Beijing Daxing International and London later this year.