Flying in China can be frustrating, but things will soon get better, writes David Yu.

You’ve just spent a punishing few days shuttling between meetings in Beijing’s gridlocked traffic. You reach the airport, ready to get home to your family and enjoy some well-earned downtime. But – yet again – your flight home is delayed.

As a frequent domestic flyer in China, I’ve had to put up with this countless times myself. Recently, travelling from Shanghai Pudong to Shenzhen, my flight was delayed multiple times before being cancelled outright. I was one of the fortunate ones given I had insurance cover for the flight, hotel and other charges, but it still didn’t help me get where I needed to be.

Although the Chinese airline industry has experienced tremendous growth in the past two decades and striven to implement international best practices, Chinese airlines’ punctuality still tends to lag behind that of their international cousins. Many of the country’s airports are at, or near, capacity. The latest punctuality stats, released in mid-2018, show that in 2017 there was an eight-minute increase to a 24-minute average flight delay.

Given the frequent nature of frustrating delays, the average business traveller might assume the Chinese government is turning a blind eye to the problem – but this is certainly not the case. There are in fact major efforts by the CAAC, China’s civil aviation authority, towards improving these negative experiences.

Why are delays at Chinese airports so common? Weather is usually one of the top contributors and was the cause of more than 50 per cent of all delays in 2017, but the country’s bad air pollution is partly to blame within this figure. Smog restricts visibility for flights, and can lead to outright cancellations when it’s severe.

Airline-related issues such as pilot and staff shortages, as well as air traffic control inefficiencies, are also factors. However, China’s air traffic control is generally conservative when it comes to safety, implementing longer gaps between take-offs and landings than many other countries. This and other practices have contributed to the country’s strong recent safety record, with the last fatal accident in 2010 and before that in 2004, both on regional jets.

Of course, while safety is very important, there is room to increase air traffic efficiencies to decrease delays. New technologies allow for more aircraft to take off or land in a given time frame, while maintaining the same safety standards.

Another delay factor, which often surprises those new to air travel in the country, is that China’s air force controls most of the country’s airspace, with only about 20 per cent left for civil aviation. This is not the case in most countries, for example the US, where 80 per cent is available for commercial use, according to a report by the US-China Economic and Security Review Commission.

During peak travel times like Chinese New Year, the People’s Liberation Army Air Force (PLAAF) might temporarily open some extra airspace – but on the flip side, the PLAAF also sometimes, frustratingly, closes civilian airspace at short notice so it can conduct its own air exercises, often inconveniencing thousands of travellers. This is implied in the “other” category, which contributed to 32 per cent of all delays in 2017.

Chinese airlines have also been playing games here by increasing estimated flight times to account for these various delays, a cheeky psychological trick on the more uninformed consumer.

There’s hope though that things are moving in the right direction. With more concrete action such as increased use of technologies for automated air traffic management and liberalisation of usable commercial airspace, I am confident that the air travel experience in China in the future will be a smoother one. The already planned aggressive expansion of existing airports (like Shanghai Pudong International Terminal 3) and new airports (such as Beijing Daxing International and Chengdu Tianfu International) will help ease congestion at older airports.

With China’s economy growing rapidly, and more and more international business travellers visiting the country, the last thing the government and the Chinese people would want is for visitors to come away with a bad impression of their airlines and airports.

David Yu is an adjunct professor of finance at New York University Shanghai and managing director of Inception Aviation. 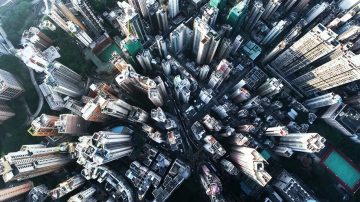 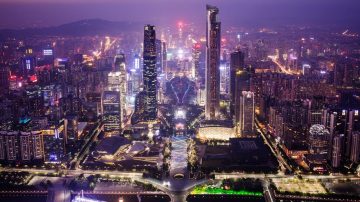