Barceló Hotel Group has announced plans to renovate the Rivoli Hotel in Casablanca by 2018.

The group has 110 hotels and resorts in 20 countries, but the renovated Rivoli Hotel will be its second in Morocco, joining the Barceló Casablanca, which opened in 2006.

The €19 million project will be a joint venture between Barceló and Moroccan tourism group Tikida, which currently operates 9 hotels in the kingdom.

After renovations are complete, the hotel will have 206 rooms and suites, two restaurants, a bar, pool, spa, fitness centre, and seven meeting rooms.

The Rivoli Hotel located on the Boulevard D’Anfa, only 300m from Barceló’s other Casablanca property.

Barceló Casablanca will remain open while Rivoli is renovated, offering 85 rooms and suites starting at €106 per night, along with three restaurants and cafés and five meeting rooms.

Both hotels will be included in the group’s My Barceló rewards program, which gives members 5% of each booking value in a gift voucher, and 10% off all bookings after the first two. 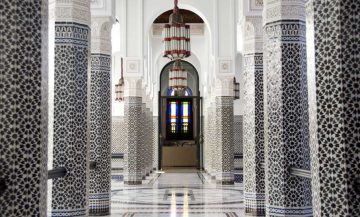