Expansion in China and new multi-brand strategy for Barcelo

The Barceló Group has signed a franchise agreement with China’s second largest hotel management company, Plateno. The agreement gives Plateno the right to operate under the Barceló brand name in China and other countries in the region.

Plateno is China’s second largest hotel company by number of hotels, and the seventh largest in the world, with over 3,000 establishments and more than 450,000 rooms at 300 destinations. Founded in 2005, the company leads the budget segment in China with the Seven Days brand name. Since 2013 it has also been operating in the midscale and upscale segments with brand names such as Hampton by Hilton, Maison Albar, Portofino and H12. The company has a loyalty club of over 80 million members.

Raúl González, EMEA CEO of Barceló Group said of the deal, “Our key objective is to open a minimum of 100 hotels in 10 years with the first franchisees to be signed for in the second half of 2016″.

He adds “…another of the most significant aspects of this alliance is that it will give our hotels all around the world visibility among more than 80 million members of the Plateno loyalty scheme, which is extremely important as China has the world’s number one outbound tourism market”.

Barceló Hotel Group, the hotel division of Barceló Corporación Empresarial, is the third biggest chain in Spain and the 42nd biggest in the world. The Group currently has 107 urban and holiday 4 and 5 star hotels, and nearly 33,000 rooms distributed among 19 countries and marketed under four brand names: Royal Hideway, Barceló, Occidental and Allegro. It also has a 40% shareholder stake in Crestline Hotels & Resorts, an independent US hotel management company with a portfolio of more than 100 hotels.

Privately-run and family-owned, the Barcelo group is well known in Spain, but perhaps less so in the UK where it has no hotels, or even in the U.S, where its 100 hotels are marketed under other hotel brands including those of Marriott International, Hilton, Hyatt, Starwood and IHG among others.

Go to Barcelo.com and you’ll find that a change is taking place, as the group’s 34,000 rooms and 110 hotels are being re-organised into four main brands, three of which are new; Royal Hideaway Luxury Hotels & Resorts, Occidental Hotels & Resorts and Allegro Hotels now sitting alongside the group’s original brand, Barceló Hotels & Resorts (you can see details on them at the end of the article).

Raúl González says that despite the new brands, the hotel division is comfortable with a mix of business and leisure tiled towards the leisure sector.

“I’d say at present we have around 70 per cent of our guests on leisure and 30 per cent on business, but in that 30 per cent probably half of that is really leisure. It depends from property to property, but even across Europe in our city hotels, and we have more than 20 of them, in places like Prague or Barcelona or Madrid or Istanbul although we have meeting facilities these are all big leisure markets as well.”

The core of the group, four and five star hotels, including the new Barceló Emperatriz, which opened in Madrid in January 2016.

A range of all-inclusive hotels around the world – including Mexico, Dominican Republic, Aruba and Spain.

A mix of resort hotels and urban properties with currently six hotels in this category.  Designed for the budget conscious traveller. 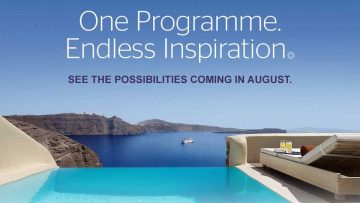 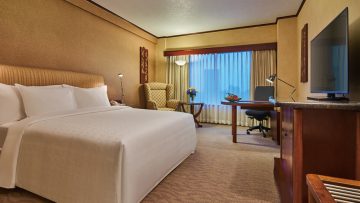