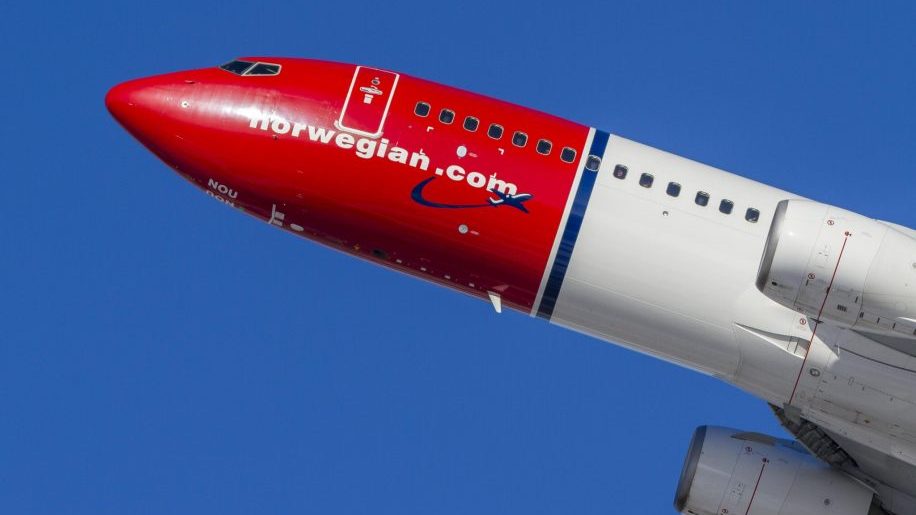 Launched in 1993, Norwegian offers five daily flights from London Gatwick to Stockholm (one flight only on Saturdays). In addition to short-haul flights throughout Europe, it flies long-haul from London Gatwick to eight destinations including Boston, New York and Las Vegas with its fleet of Dreamliners. (It began long-haul services in 2013.) It has a fleet of 113 aircraft (B737s and B787s only).

Passengers booked on Low Fare economy class tickets need to pay £7-£16 to reserve a seat or £25 return on international flights, otherwise they will automatically be assigned one for free. Extra legroom seats come at no extra charge – they are simply first come, first served.

For those wanting to check luggage in, it costs an extra £15 to upgrade to a Lowfare+ ticket that includes it on the London-Stockholm route. It also includes seat reservation. Flex tickets include seat reservation, checked baggage and fast-track.

Low Fare and Lowfare+ tickets can add fast-track for £9 up to 30 minutes before departure.

I checked in the morning of my Sunday evening (1825) flight using the Norwegian iPhone app, saving my mobile boarding pass to Apple Wallet.

A 30-minute drive from the city centre, I arrived at Stockholm Aarlanda’s Terminal 5 at 1700. As I was only travelling with hand-luggage, I headed straight for security. Because my flight was departing from Gate 20, I turned left and joined the queue at the far end of the terminal (I didn’t have fast-track). It took about 15 minutes to get through screening –laptops, liquids and tablets all have to come out. My boarding pass was scanned by a member of staff beforehand. I was airside by 1720.

Departure screens are scattered throughout the public areas but the font was quite hard to read as was quite small. Some announcements are made but I kept an eye out for when my flight was boarding. I walked to the gate a couple of minutes away at 1800 and showed my passport at immigration.

Not long after, two long and disorderly queues quickly formed for boarding. There was a brief announcement about which passengers should be in which queue but I didn’t hear so just joined the shorter one. Once documents had been checked and scanned again, passengers had a choice of two airbridges – one for those sitting in rows one to 14, and the other for those in 15-31.

By the time I got onboard there was no space in the lockers above my seat (2D) so I had to put my case further up the plane over row eight. This was annoying as it would make disembarkation a struggle. As I was in 2D, which is a bulkhead seat, I also had to find space in a bin for my shoulder bag, which I just about managed to do above row one. Once everyone was seated, a safety video was played on overhead screens.

This B737-800 has 31 rows, with 14 and 15 by the emergency exits in the middle. Seats are arranged 3-3 (A-B-C, D-E-F), and are upholstered in black leather with red headrest covers and generous seat-back/bulkhead pockets. The tray tables are also of a decent size for working on a laptop, and are very stable, although the ones that fold out of the armrest in exit/bulkhead rows are a little smaller and more flimsy. The plane and seats seemed quite worn and old.

Sit nearer the front for speedy boarding and disembarkation – rows one and two offer the most legroom but you will have to store all luggage in overhead lockers for take-off and landing. Aisle seats mean you can get up and move around without disturbing others. A-B-C seats start from row one, while D-E-F seats start from row two. Both offer extra legroom and are behind bulkheads so if you do choose to sit in A-B-C you won’t have to worry about people stepping on your toes as they board. However, aisle seats are annoying as people bump you with their bags as they go past.

The plane pushed back a little late at 1840, taking off about ten minutes later. Once cruising at 1900, crew handed out menus (duty-free was also listed in the pamphlet). As on other low-cost carriers, food and drink is at a fee – here are some of the items listed:

A bonus with Norwegian is its free wifi with no password. It was quick and easy to logon on both my laptop and phone, and emails downloaded within a few seconds. Instant messaging was also fast.

The airline’s homepage offers free TV shows sponsored by RiksTV (none of them looked very interesting) and Live TV for watching during the flight. Bloomberg Television provides news. Another handy feature was the moving flight map and time until landing on the homepage.

Landing was a ten minutes late at 2010 local time. Disembarkation was stressful, as I had anticipated, with people racing to get bags from overhead bins. I had to wait for about 40 people to get off before I could get back to row eight at retrieve my case. I used the e-gates at immigration at Gatwick and was airside by 2035.

I was really impressed to find the airline offers free wifi that works well, helping business people stay connected. Boarding and disembarkation could have been smoother but this was a decent low-cost service between Stockholm and London.

Internet rates for a return economy flight from London to Stockholm started from £65 (Low Fare ticket).