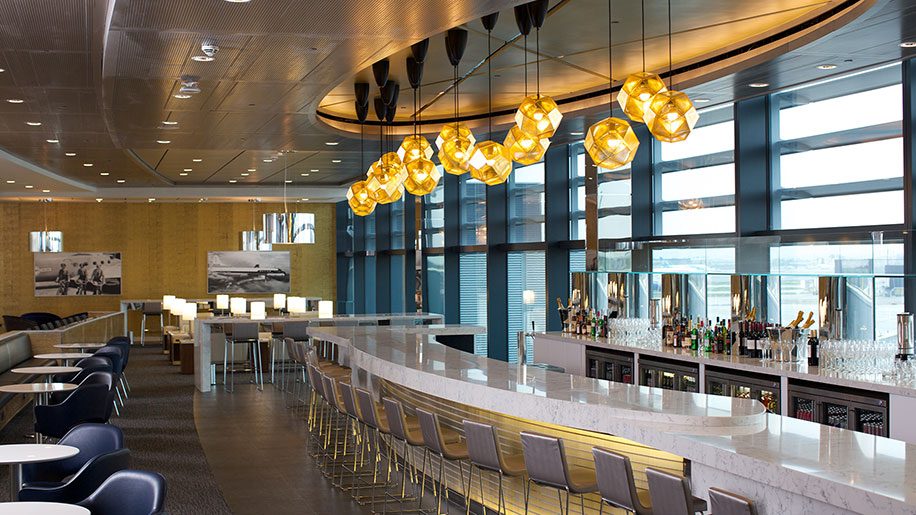 United operates both Club and Global First lounges at Heathrow T2, which opened in June 2014. Together they occupy 2,043 sqm of space.

Opposite Gate B64 in the satellite B terminal, from where the airline’s flights depart. It’s a considerable walk from security – about ten minutes (there is no shuttle). United Club is located one floor up, accessed by stairs or lift. On arrival I was greeted warmly by the reception staff. 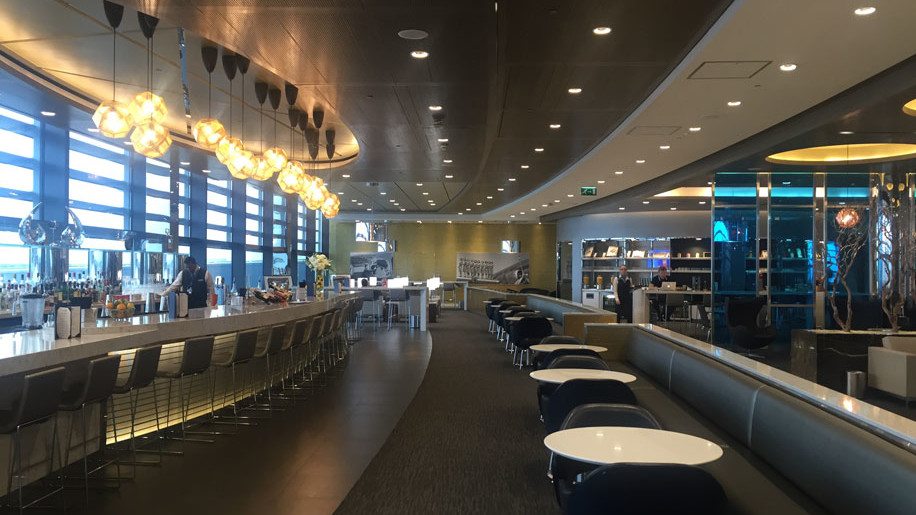 The airline’s first facility outside the US to feature its new United Club design concept, the lounge is an impressive space – large, airy and luxurious, it seats more than 280 guests. Open plan, it has floor-to-ceiling windows overlooking the airfield. At one end, where you enter, is a food and drink station. At the other end is another drinks station, plus a circular TV lounge with a wide variety of newspapers and magazines. A long manned bar seats 25 people.

There is a large range of seating – from sofas and wing chairs to raised communal tables and dining areas – with plentiful UK and US plug sockets and USB ports for working. No code is needed for the wifi, which worked well. There are also departure screens (flights are not called unless there are delays), private phone booths and showers stocked with Cowshed products. 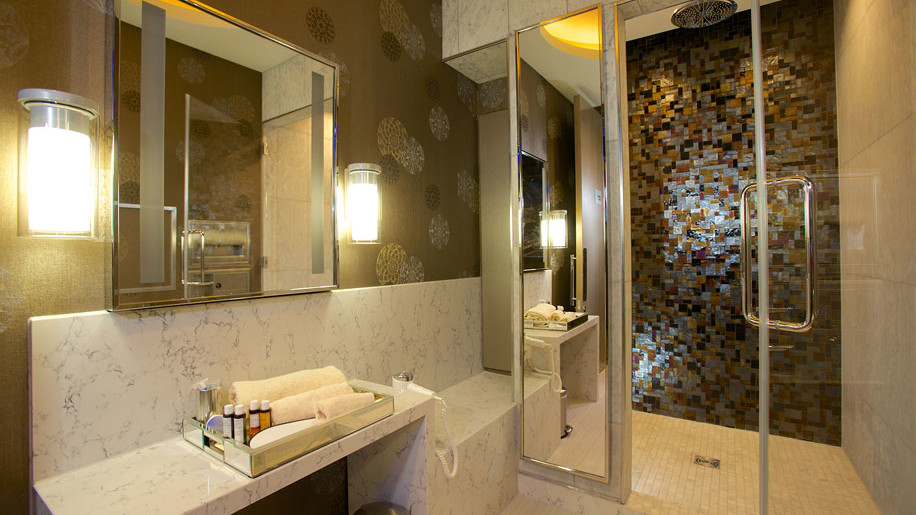 Design wise, it’s glossy and high-spec, using plenty of marble, leather, velvet and metallic finishes. Vintage airline shots hang on the walls, Tom Dixon pendants are suspended over the bar, and there is a decorative bare-branch installation and large floral displays. Everywhere was pristine. 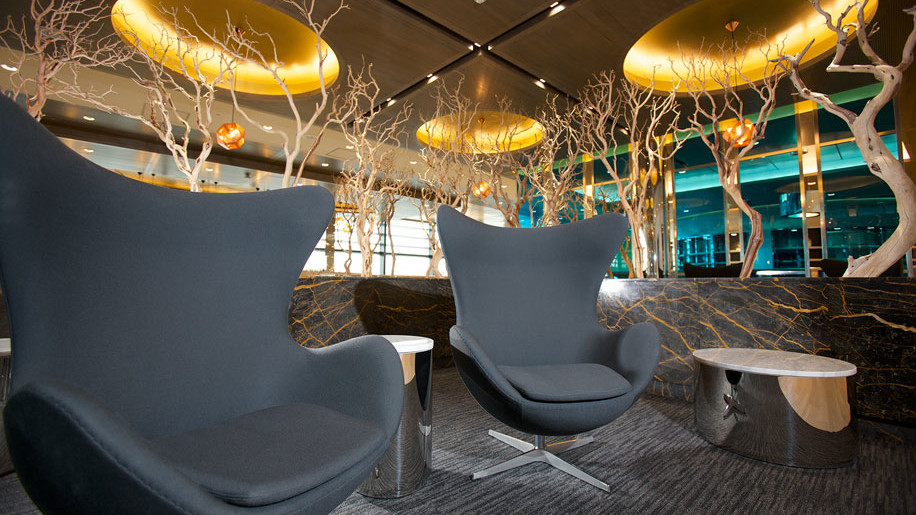 The food station was stocked bountifully on the morning I visited (it was quiet at this time, about 6am on a Wednesday). There was a hot breakfast buffet, pastries, breads, porridge, cereals, fresh fruit, yoghurts, cold meats, cheeses and crudités, and a good range of spreads and sauces. 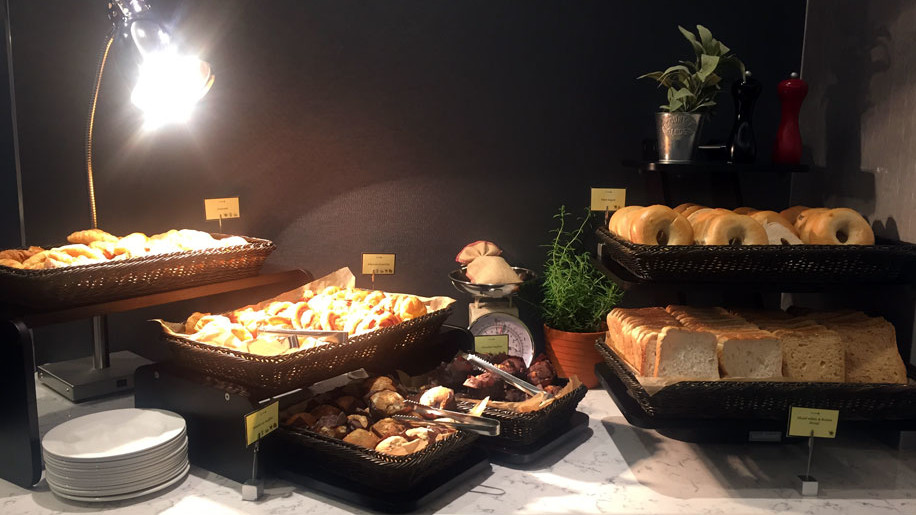 All alcohol is complimentary, with a good range of spirits and a cocktail list including the usual classics as well as “bartender specials” such as Punch à la Sodexo (“aromatic botanicals in gin combined with fruity and bitter flavours of Campari”).

A very impressive space in which to relax, refuel and work before flying. Luxurious, well equipped and well staffed.