Airbnb: Hosts with(out) the most 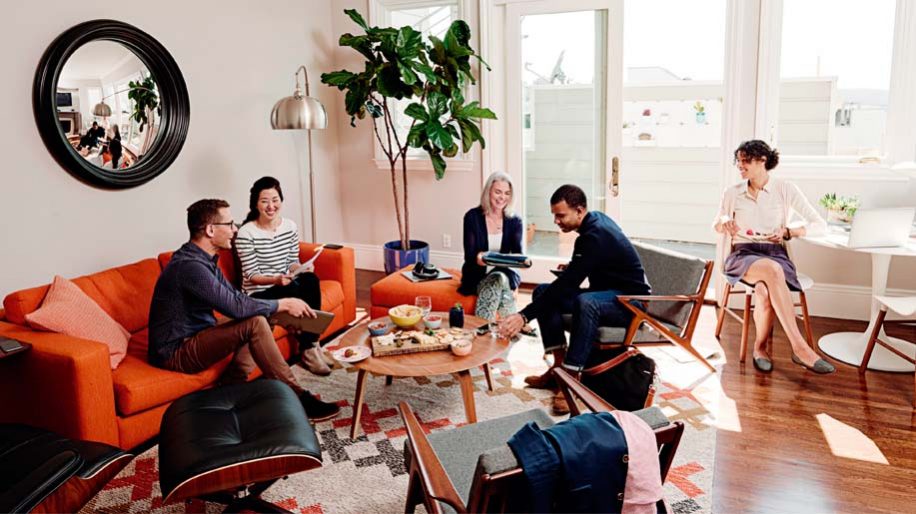 Having recently become a host on Airbnb, veteran hotelier Derek Picot asks whether the home-sharing platform is really fit for business travellers

I have finally succumbed to signing up to Airbnb – not for any reason besides research, you understand. And it has been an education: as a “host” (Airbnb’s term for someone who lets out their house or rooms) I’m expected to be an upright citizen who offers great experiences in my home.

Having registered and considered what my prospective guests might like to enjoy as an added attraction to the cold drizzle of suburbia where I live, I come to the exciting part: I discover that a room in my London house can rent for anywhere between £60 (US$77) and £85 (US$108) a night on Airbnb’s platform. At peak demand times, it’s a handsome £245 (US$313). For that much money, you’d think I was annexed to the Dorchester.

The persuasive website makes me feel as though I’m joining a brand new world of hosts and travellers with a “sharing-economy” ethos. All this for a mere 3 per cent commission. But Airbnb also makes money from its guests, including a variable service charge on most bookings starting at around 13 per cent.

I am wondering what my wife will make of all this as she entertains my first lodgers with a pottery class in the garden while I wash the bedsheets, change the towels and scrub the bathroom. Never let it be said that we are not an equal opportunity household.

A quick calculation on the back of a bus ticket shows someone is making a lot of money here – and it’s not us hosts; it’s the slick website.

Airbnb paid less than £200,000 (US$255,000) in UK corporation tax in 2016-17 despite collecting £657 million (US$839 million) of rental payments for property owners, the BBC reports. The UK commissions Airbnb earns are booked by its Irish subsidiary, but it also has two UK subsidiaries. One unit made a pre-tax profit, but the other didn’t incur UK corporation tax as deductions resulted in a loss.

The French, German and Spanish governments have taken action to tighten the legislation governing Airbnb and its landlords, and that has been partly emulated in the UK. Hosts now cannot claim tax relief if they are not resident in their premises at the time of letting.

Building on what appears to be a runaway gravy train, Airbnb recently added a new tool for companies that book business travel. Any company may now nominate a responsible person to book for their employees, pay for their accommodation and amend or cancel bookings. This has helped to widen Airbnb’s market, but it is still a case of caveat emptor (buyer beware), and bookers may not always be getting what they thought they had booked.

The entire legal responsibility and risk for safety, health and wellbeing during an employee’s stay is taken by the landlord. Airbnb does insure its hosts for accidental damage, but there are no guarantees for the traveller. The only way a consumer can check is to read the reviews and take the chance that it will all be wonderful.

If the experience flagrantly fails to live up to the description, Airbnb undertakes to look at customer complaints but not to fight your case in the courts. “Hosts” are expected to be good citizens and to adhere to the local law – a tricky situation for the traveller to resolve if they visit a remote country and find pictures of themselves relaxing in the spa bath suddenly appearing on the web. Airbnb expects hosts to declare if they have hidden cameras, but has no teeth to take action beyond offering a refund and blacklisting the landlord. That’s not entirely satisfactory for a company that books its employees into problematic accommodation, because personnel may only be able to seek redress from
their employer.

While the number of Airbnb travellers grows, it is the hotels in prime Airbnb locations that lose out. They must conform to a whole set of different rules and government legislation. Kitchens are health checked, rooms are graded and insurance must be in place. Physical security should always be on hand, and staff should always be there to help guests. For the guests, the legal position is much clearer: you are assured of what you are going to get, and there’s no worrying about who last slept in the sheets or where a spare toilet roll is at a critical moment.

Meanwhile, I’ve spruced up my spare room, made up an extra set of keys and locked up the silver – we’ve got members of the family coming to stay, and you can’t be too careful.

Loading comments...
Read Next
What’s in a name?
Read Previous
Pay to play 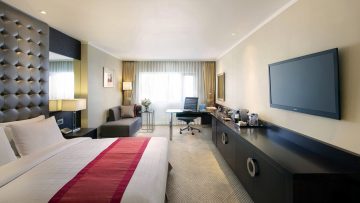 Opinion
What sort of hotel suits the business traveller?
29 Jun 2018 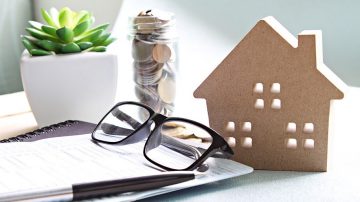