What’s in a name?

Product and price are more important to travellers than an airline’s brand, says John Strickland.

Scarcely a day passes without an article appearing in the UK media about the state of the British Airways brand and whether it is on the wane. It’s an issue that BA takes seriously, and it has started the year detailing all it achieved in 2018 and what there is to look forward

to in 2019. Including, of course, the much-awaited Club World seat that is to appear on the new A350 aircraft and on some retro-fitted B777s. But, beyond the negative headlines of the past few years, it is worth asking the question: what exactly does brand mean when the priorities of one customer can differ so much from another?

Staying with BA, it has been accused of “dumbing down” its brand with the introduction of “buy on board” food and drink on short-haul services. Yet the airline saw some of the highest load factors ever recorded on its short-haul routes during 2018, suggesting customers are less concerned
about this product change than are some commentators.

For airlines such as BA, the vast majority of customers still see price as the number-one purchase criteria. In a highly competitive short-haul market with numerous low-cost carriers, they have to compete on the same terms or lose a huge chunk of business.

BA also has weapons in its armoury for the less price-sensitive customers, such as business class on short-haul flights and lounge access and other perks for loyalty card-carrying road warriors. As for long haul, critics argue that BA’s premium-brand products are not up to scratch, but improvements are coming with cabin service already upgraded and the previously mentioned new Club World seats on their way this year. The practical challenge is that to retrofit a long-haul fleet the size of BA’s is not a quick task and can take a couple of years.

Long-haul travel, in particular, is highly competitive both at the premium and price-sensitive ends of the market and talking vaguely about brand recognises neither this, nor the complexity and time lags in making an appropriate response for a large airline.

There’s also lots of media talk about whether consolidation has gone too far, but as I’ve written previously, Europe is still way behind the US, with only about half of capacity in the hands of five major airline groups (in the US five groups hold about 90 per cent). It’s ironic that a group such as IAG, which encompasses airlines (and brands) such as British Airways, Iberia and Aer Lingus, is little known by the travelling public. Yet its structure has helped it to weather the big challenges airlines face to keep in the black as fuel prices rise and Brexit looms.

Some haven’t survived, and in a little over a year several airlines have gone bust, ranging from well-known household names such as Monarch to respected niche regional carriers like Switzerland’s Skyworks, through to the emergent long-haul low-cost operator Primera. Others have looked to raise much-needed liquidity or have become potential takeover targets, such as Norwegian, with IAG buying a near-5 per cent stake.

This isn’t to say that brands don’t matter. I believe they do. But there is an enormous array of prices and service offers available to customers today, not to mention a variety of airline business models to choose from in many markets. It seems to me that brand is mentioned the most when something goes wrong, with the disappointed passenger, and perhaps the media as well, focusing only on the negative aspects of air travel, portraying it as a nightmare for the travelling public.

I disagree with this emphasis. Sure, things go wrong – sometimes dramatically, as we’ve seen recently – and none of us wishes to be in that position, but happily most of the time the industry transports customers where they want to go safely and at a price and service level of their choice.

Loading comments...
Read Next
From spend to save
Read Previous
Sexism in the sky 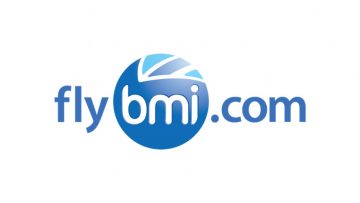