The agreement, expected to begin later this year, follows the airline’s commitment of a US$200 million equity investment in the the Chinese airline, announced earlier this week. The codeshare will give American Airlines passengers access to more than 40 Chinese destinations when connecting in Beijing, and 30 cities from Shanghai International airport.

China Southern customers will be able to fly to almost 80 destinations in North and South America from Los Angeles, San Francisco and New York JFK. It is expected that passengers will be able to earn and redeem miles on the codeshare routes, as well as being offered through-bag checking to their final destination.

The majority of China Southern’s transpacific flights are based out of its hub in Guangzhou, while American Airlines flies to Beijing and Shanghai from bases in Chicago, Dallas Fort Worth and Los Angeles.

“China Southern’s extensive network within China touches developing and thriving markets that only a Chinese carrier can reach and they have a reputation and record of excellence.”

“We are two of the biggest carriers in the world and our networks are highly complementary, with the potential to offer China Southern and American customers an unmatched range of destinations in two critical markets for business and leisure travellers. This investment will allow us to build a relationship that will benefit our teams, the communities we serve and the millions of customers around the globe who travel with us each day,” he added. 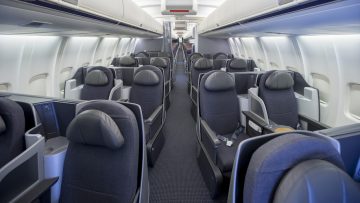