Five ways to stay ahead in irregular operations

Airline strikes, bad weather and all manner of uncontrollable issues are a constant bugbear of travellers. There is nothing worse than checking the departure board only to see the dreaded D word (or worse, "cancelled") flashing on the screen. When this happens, there are a few things you can do to stay ahead of the pack and get to your destination as quickly as possible. 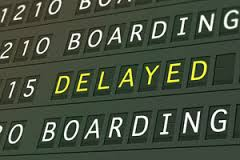 INFO Forewarned is forearmed, so they say. Rather than relying on announcements from the airport, try to give yourself the inside scoop.

While this may not work as well at hubs, airports that are only served once or twice a day by an airline often see the same aircraft operate the return leg. With the help of sites like flightradar24.com, or even in-house systems like United’s flight status tool, you can easily track the status of your aircraft on its inbound flight. If it is falling significantly behind schedule with an estimated arrival close or later than the departure time of your outbound flight, you can reasonably expect your flight to be delayed even before the airline officially announces this.

If you want to save yourself the hassle, you could also rely on services such as Cathay Pacific’s notiFLY SMS/emails, although these systems are notoriously slow at times.

With this prophetic knowledge, you are primed and ready to take action. 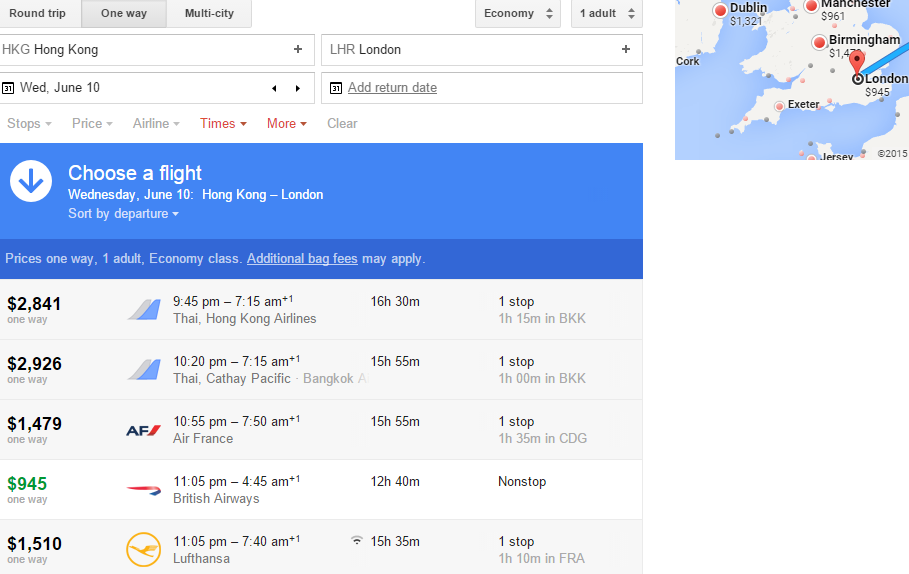 INFO Let’s face it, airline ground staff do not have all the time in the world to help you find the “perfect” itinerary. When a storm causes widespread delays, it’s probably the least of their concerns, as they have hundreds of other affected passengers to handle. By equipping yourself with knowledge of possible alternative routings to suggest, you could help them and yourself. And thanks to modern-day tools like Google Flights and ITA Matrix, this has never been easier.

If you’re quick enough to spot a potential delay, you could also ask to be put on an earlier flight. Remember the general rule of thumb is for airlines to rebook onto their own operated flights, partner (alliance) flights and finally other airlines. 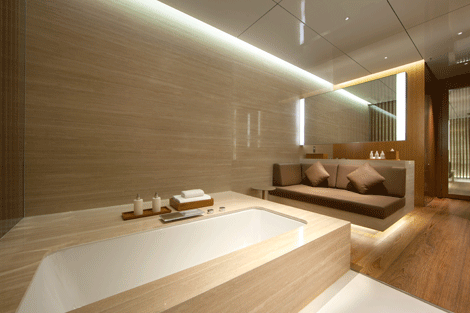 INFO Here is where the “soft” (unpublished) benefits of elite status and flying premium classes come into play. Even when operations are completely paralysed, you can rest assured that you will be prioritised over non-status holding passengers and those of a lower tier/class of service than you.

Better yet, if you are stuck in an airport, rest or take a shower in the lounge and let the staff do the rest. Premium passengers and elite members generally get placed in better hotels as well, when a lengthy wait is expected.

SKIP THE LONG LINE, AND CALL/TWEET 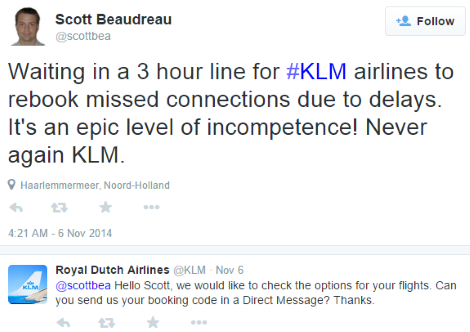 INFO When delays are announced, the last thing you feel like doing is waiting in a line any longer. And actually, you’re probably better off not bothering. Consider skipping the line and calling the airline direct instead: call centre staff can often assist with rebookings and authorise certain expenses for reimbursement later.

But when mass disruptions take place, call centres will have a huge backlog. If you find yourself on hold, start tweeting! Social media is often the quickest way to get in touch with the airline, with near instantaneous support such as Etihad’s recent five-minute response guarantee (see here).

KNOW WHAT YOU’RE ENTITLED TO

INFO According to the publicly viewable Star Alliance Employees Reference Guide (see here), in a controllable delay (e.g. maintenance), all passengers on Star Alliance carriers are entitled to receive amenities such as accommodation, refreshments, meals and transportation as appropriate.

In uncontrollable delays (e.g. weather, air traffic control), non-status Economy passengers should hope that they have travel insurance they can seek reimbursement for, as most amenities are only provided to First, Business and Star Alliance Gold passengers on an intercontinental journey, including domestic connections.

Also refer to government regulations such as Europe’s EU261 (link) and U.S. Department of Transportation’s (DOT) tarmac delay rules, which provide for compensation in the event of excessive delays.