Finnair aims for carbon neutrality by 2045 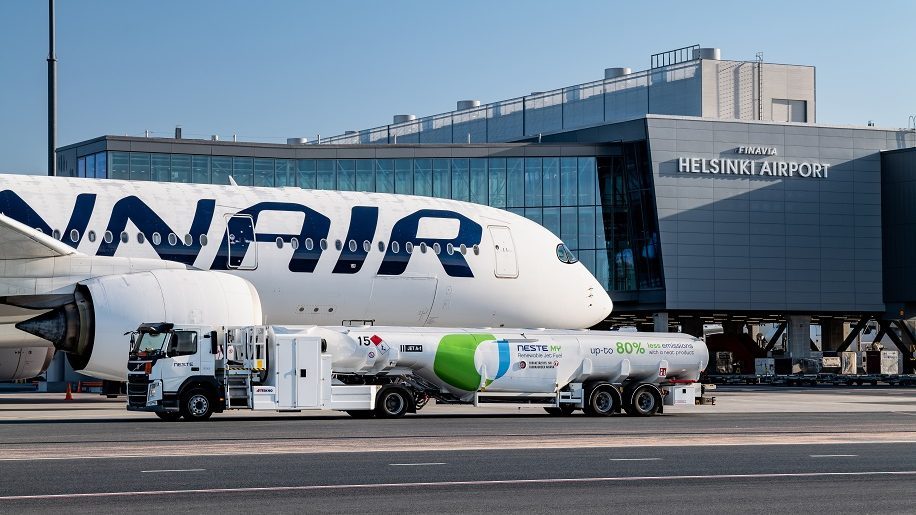 Finnair has unveiled a new sustainability strategy aiming for carbon neutrality by 2045.

It says it intends to reduce its net emissions by 50 per cent by the end of 2025 from the 2019 baseline, and achieve carbon neutrality at the latest by 2045.

It estimates it will invest €60 million in sustainability during the strategy period of 2020–2025. (This is in addition to the airline’s mandatory European Union Emissions Trading System [EU ETS] and other environment related payments, which amounted to over €35 million last year).

Announced on Friday were the following measures to reduce emissions and environmental harm:

Last week the airline quickly removed its carbon offsetting option from its website because it had been informed the option breached Finnish law. In its place Finnair will begin to offer fares with the option of carbon offsetting or a proportion of Sustainable Aviation Fuel (SAF) included in the flight ticket. The details of this are to be revealed later this year.

Topi Manner, Finnair CEO, said: “Our number one goal is to reduce our own CO2 emissions by investing in new aircraft technology, by flying fuel-efficiently, by decreasing aircraft weight and by increasing the use of sustainable aviation fuels. We are also investing in innovation and research to create future solutions that support our long-term target of carbon neutrality.”

The airline added that “An international approach is needed to reach Finnair’s ambitious targets, and EU ETS and the global Carbon Offsetting and Reduction Scheme for International Aviation, CORSIA are essential in halving Finnair’s net emissions by 2025.”

Finnair is to be congratulated on its new strategy. Reducing single-use plastics, committing to increased use of Sustainable Aviation Fuels from waste and eliminating unnecessary weight from the cabin, along with efficient aircraft are all wise steps. They mirror, and in many ways go beyond the measure laid out by airlines (British Airways, Air France, Delta, Easyjet and others) on this site.

Many airlines have this in their strategies, not least because many of their governments have similar commitments. The difficulty is that it is not possible without offsetting emissions. This is recognised by the phrasing of “carbon neutrality”.

A less careful airline might claim to be aiming to be carbon neutral by that date, but no matter what proportion of synthetic aviation fuels (SAFs) the airline is using by 2045, it will rely on a substantial amount of carbon offsets to achieve ‘carbon neutrality’.

In other words, it will buy offsets to counter the considerable emissions it will still be creating. We consider the whole issue of carbon offsetting in the April 2020 issue of Business Traveller, and I will put a link to the article when it appears (subscriber access only).

Anne Larilahti, Finnair Vice President of Sustainability says that “We still need to use offsetting, even though it doesn’t have an impact on the flying, but we can’t get the dramatic reductions without it. After 2025, then the technological disruptions will help us to get down [such as SAF], but we need offsetting as a bridge until then.”

The airline is also automatically offsetting flights booked by corporates. Larilahti said “For corporates, we will just offset the flights. Travel managers have to be very careful on costs and so would not buy the more expensive tickets which have an element of offsetting or SAF, so we are offering to take care of that for our corporate customers”.

The press release accompanying the announcement wasn’t so cautious, saying that the airline had “…revealed the most ambitious sustainability strategy in the aviation industry to banish carbon from its operations”, but the confusion is one which has discouraged the majority (99 per cent) of customers from offsetting their flights or purchasing SAF as a proportion of their tickets.

Admittedly not many airlines currently offer this latter option, but in short it provides a passenger with the option of paying an extra amount which will then be used by the airline to buy SAF for some future flight of similar duration. Finnair says that when it will offer this later this year, it will also match whatever the customer chooses to give. The details are still being worked out.

Whether you think that is enough, and whether you think carbon offsetting is an effective measure or not, the challenge for all airlines making commitments such as these is that the growth in aviation more than cancels out the progress being made. Finnair is one of the fastest growing airlines in Europe, according to its CEO, and alone grew 10 per cent last year. So while it has made great strides in reducing its emissions per passenger flight (the industry uses the measure Available Seat Kilometres (ASKs), these improvements have not stopped its overall emissions rising as it carried 14.7 million passengers last year, a record.

As a recent White Paper from Amadeus, Griffith University and the University of Surrey pointed out:

“Scientists have calculated that the ‘carbon budget’ that remains to stay safely within 1.5 degrees Celsius warming will be depleted in eight years and two months (from November 2019), assuming current levels of emissions. Whilst airlines currently only represent 2-4 per cent of emissions, their share will increase to well over 20 per cent in 2050 should aviation continue on its current growth path.”

Airlines know that they are a target, and so are taking measures throughout their businesses which will allow them to continue expanding, increasing the number of flights, the destinations served, the frequency of routes and the number of passengers, while at the same time recognising that they need to head for carbon neutrality somehow.

Anne Larilahti, said that she had been working in sustainability for 20 years (though aviation with Finnair for only five months). Larilahti said that during those 20 years, the shift in attitudes by companies had been ‘phenomenal’.

“When I started I was banging on doors, while now we are looking at changing the Articles of Association of the airline, which is the core of a company. And that is a huge shift.”

Nevertheless, while ‘flight shaming’ hasn’t affected numbers, there is the danger for airlines that governments may act before individuals, either through increased APD-style taxes, or other measures.

Topi Manner, Finnair CEO, was asked whether he thought a more effective measure might be to have a tax on flying, or removing the tax-exemption kerosene currently enjoys. His reply was that “…taxes themselves do nothing for the environment. So, from my perspective, the issue is not to reduce flying, it is to radically reduce the emissions of flying. Aviation brings a lot of social economic benefits to societies, and we need to keep those benefits.” 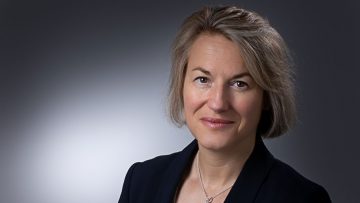