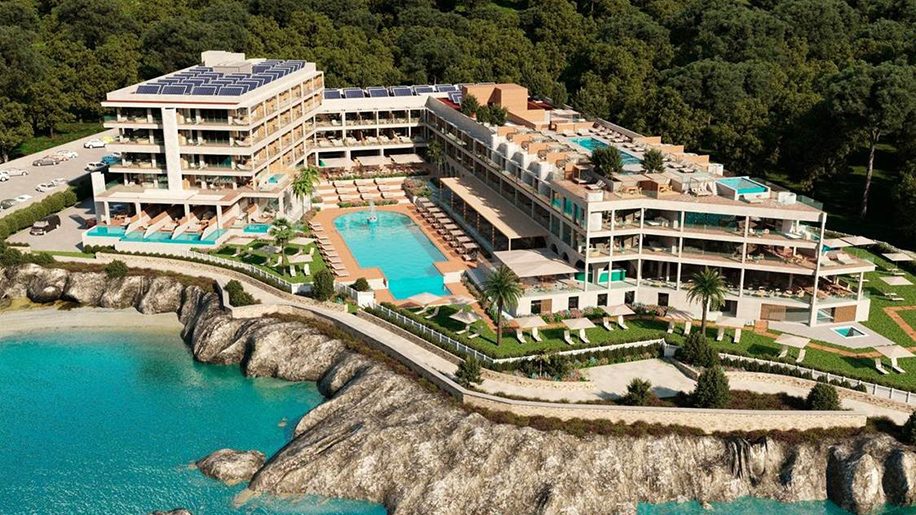 Melia has opened Villa Le Blanc By Gran Meliá, its 15th hotel in the Grand Melia collection and the first carbon neutral luxury hotel In Menorca, Spain (note that ‘carbon neutral’ claims refer to hotel operations, and do not include embodied carbon.)

The hotel, which is also be a member of the Leading Hotels of the World, is the only such hotel on the island of Menorca, and the Spanish hotel brand’s first energy-efficient carbon neutral-operations hotel.

The renovation of what was once the Sol Beach House Hotel was led by the architect Álvaro Sans. The hotel has 159 rooms, including 14 premium rooms and 86 supreme rooms and an a building management system (BMS) which allows the automation and centralized control of the various buildings to convert them into “intelligent buildings” to control the newly installed biomass boilers, photovoltaic solar panels, replacement of the existing air-water chiller for two water-water chillers, using geothermal energy for its condensation and with total and partial heat recovery, and heat recovery for heating the outdoor pool. There is also a SATE External Thermal Insulation System in the buildings’ envelope to minimize thermal demand.

Also in place are circular models in water resources, with water recovery included for backwash in the swimming pools, grey water for toilets and washdowns, rain water for garden irrigation, digitization of water consumption and calculation of the water footprint to improve water cycle efficiency and efficient taps

The hotel is located on Santo Tomás Beach on the Migjorn coast, halfway between Mahón and Ciutadella.

“Villa Le Blanc is inspired by the vernacular architecture of the island villages. Among other features, special prominence is given to the Menorcan arches and the whitewashed walls so typical of local houses. From a technical point of view, we have rescued the traditional use of tiles, which have been used through the ages in Menorca to combat the rainy winters and which traditionally were always painted white to reflect the heat in summer,” explains Álvaro Sans, from the ASAH studio, architect of Villa Le Blanc. 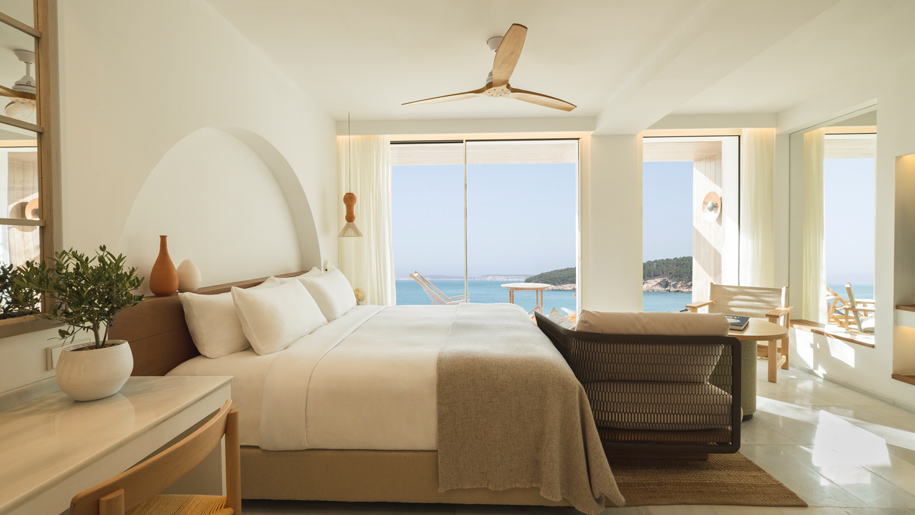 The hotel aims to achieve a carbon neutral footprint by incorporating facilities and technologies that will enable it to reduce its scope 1 and 2 emissions by 87 per cent. In addition, the hotel will explore alternatives to offset the remaining emissions and thus ensure its full carbon neutrality status (net zero), contributing to Meliá’s decarbonisation objectives.

“Villa Le Blanc is a dream come true for our company,” said Gabriel Escarrer, Vice President and CEO of Meliá. “A project like this allows us to move forward towards hotel decarbonisation. It is also in such a special place as the Biosphere Reserve of Menorca, making it one of the most tangible results of our commitment to a hotel model based on excellence, responsibility and sustainability.”

The hotel dining facilities focus on local products using fresh ingredients from the island’s farms as well as fresh local fish, shellfish, vegetables and olive oils. The resort has a spa from Anne Semonin Paris with treatments and experiences based on vegan cosmetics and natural products. 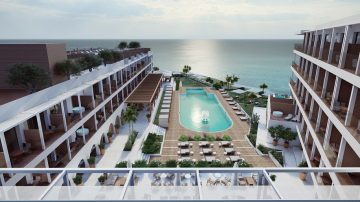 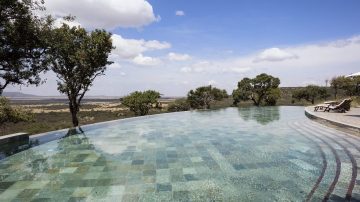 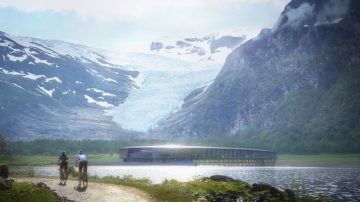