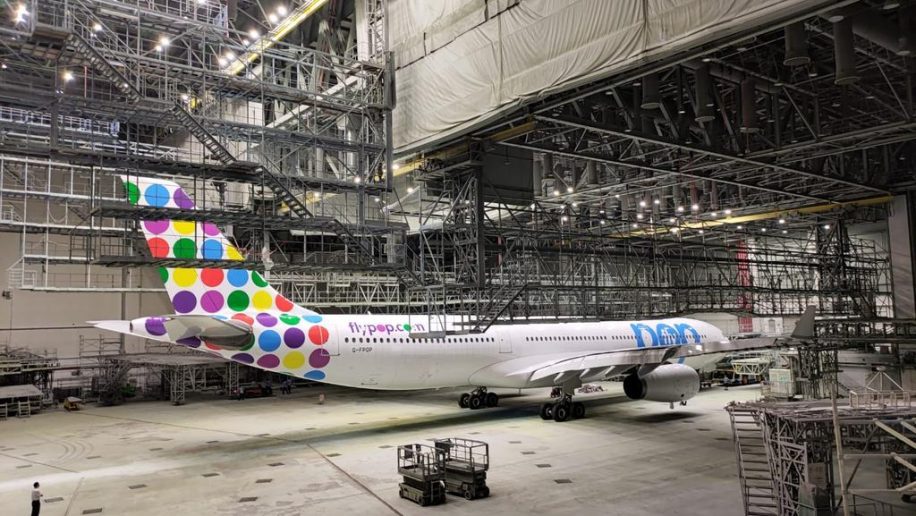 Start-up carrier Flypop has published images of its first A330 aircraft painted in a distinctive livery featuring multi-coloured dots on the tailfin.

The carrier’s CEO and Principal (Nino) Navdip Singh Judge tweeted images of the freshly painted aircraft, along with thanks to @delboysamuel for the livery design.

Last month Flypop confirmed that London Stansted airport would be its first UK base.

Launch routes have yet to be confirmed, but the airline has outlined a number of target destinations for 2021 and 2022, including Ahmedabad, Amritsar, Bangalore, Chennai, Goa, Hyderabad, Kochi, Kolkata, Lucknow and Pune. 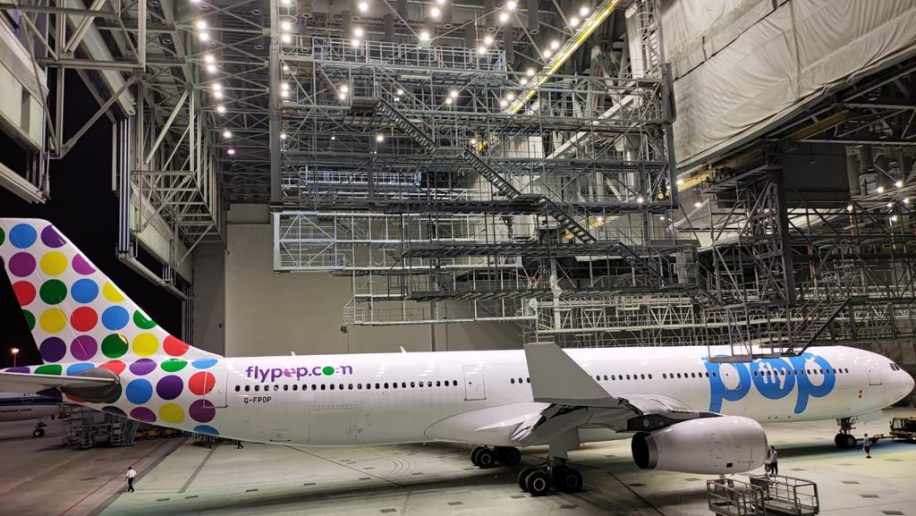 In answer to the question “When will she fly to the UK?” on his Twitter feed on August 21, Nino stated simply “End of the month” – although this is not thought to be the start date for scheduled services. Nino also stated that the aircraft would be heading first to Manila.

In April Flypop signed a “multiple aircraft A330-300 lease deal” with Avolon, and said that it was tagetting the launch of flights by October. 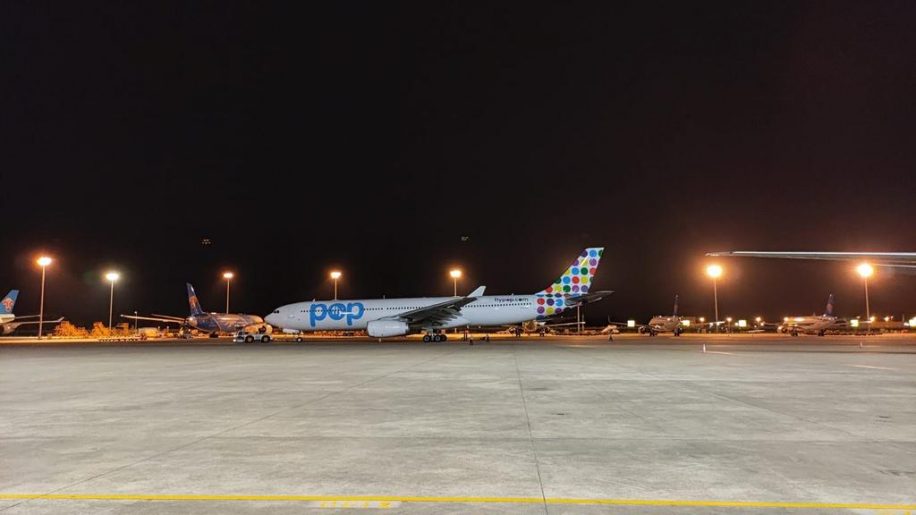 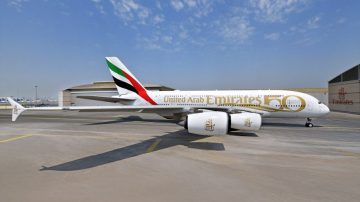 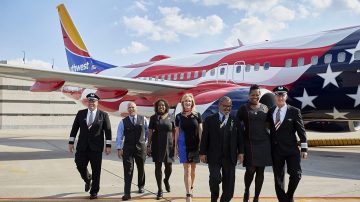