The Indian government has granted conditional permission to certain organisations for drone use.

The exemptions are valid for a period of one year from the date of approval or until further orders, whichever is earlier and shall be subject to the terms and conditions of the SOP issued by DGCA.

The Government of Karnataka is among the ten organisations and it has received permission to conduct a “drone-based aerial survey for creating urban property ownership records in Bengaluru.”

Mahindra and Mahindra, Mumbai, Maharashtra has got permission to conduct drone-based agricultural trials and precision spraying on paddy and hot pepper crops in the states of Telangana and Andhra Pradesh respectively. 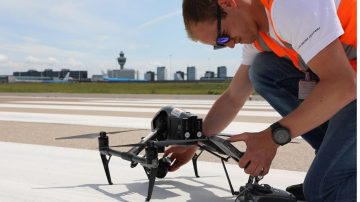 News
Spicejet gets DGCA approval for drone trials
29 May 2020