It’s reported that France’s SNCF will restart its Paris-Nice sleeper train next month.

This development has led to some rail enthusiasts likening it to the revival of the famous Le Train Bleu or Blue Train.

However when all is said and done it is expected this will be a regular overnight service and as yet we do not know what type of accommodation SNCF will be providing as bookings are not yet open.

What we do know is that Paris-Nice will be connected by a sleeper train from the spring, and the journey time will be roughly 11.5 hours with several en route stops including Marseille, Cannes and Antibes.

It is expected schedules will call for a Paris Austerlitz departure (confirmation awaited) at around 2100, with a Nice arrival shortly after 0900 the following morning.

The northbound service would depart Nice just after 1900 to reach Paris Austerlitz just before 0700 the next day.

“In France, the development of high-speed trains began to replace night trains and the service deteriorated. That has to change.”

Of course these are unusual times but if and when things return to normal one would expect such a service to be welcomed by corporate and other discerning travellers.

Not only do overnight trains save on hotel costs but they enable travellers to book single accommodation.

The renaissance of sleeper trains in mainland Europe is in line with the EU’s green agenda.

As we reported In December several national rail operators are funding the future growth of night trains. 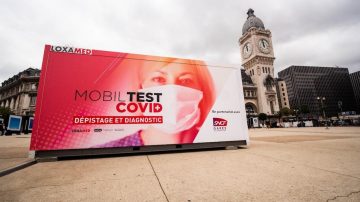