All Nippon Airways is testing a hands-free toilet door 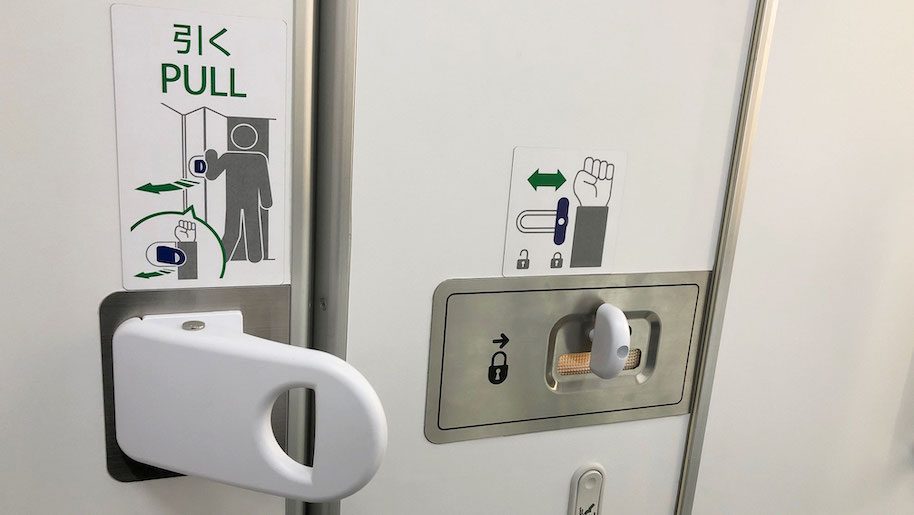 All Nippon Airways (ANA) has been testing a hands-free toilet door at its lounge at Tokyo’s Haneda Airport.

The Japanese carrier’s “elbow doorknob” allows travellers to open the toilet door by using their elbow to unlock and push the door open.

ANA says it completed trials for the device, which was developed in partnership with aircraft interior supplier Jamco, on September 4. The airline began testing the doorknob in mid-June.

The product is currently in the “development and testing stage” and the carrier says it is “still gathering feedback to decide whether to implement it or not”.

“This innovation aims to reassure passengers while also creating a clean and comfortable flight experience,” reads a statement from the airline posted on its website.

Photos and Video provided by ANA and JAMCO.