Singapore Airlines has cancelled the launch of its new route between Singapore and Brussels, the carrier confirmed in an email sent to Business Traveller Asia Pacific.

The airline was initially planning to fly four times per week from Singapore to Brussels on an Airbus A350-900 aircraft starting in October.

A spokesperson from the airline said the following in a statement sent to Business Traveller Asia Pacific: “Singapore Airlines has suspended plans for the introduction of a new service to Brussels.”

The carrier announced earlier this month that it has cut approximately 94 per cent of the passenger capacity that it had originally scheduled for June and July 2020 due to the Covid-19 crisis.

Singapore Airlines reinstates flights for some destinations in June and July 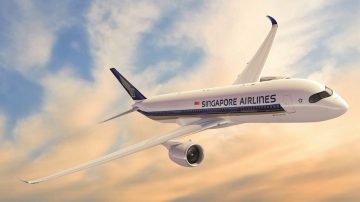