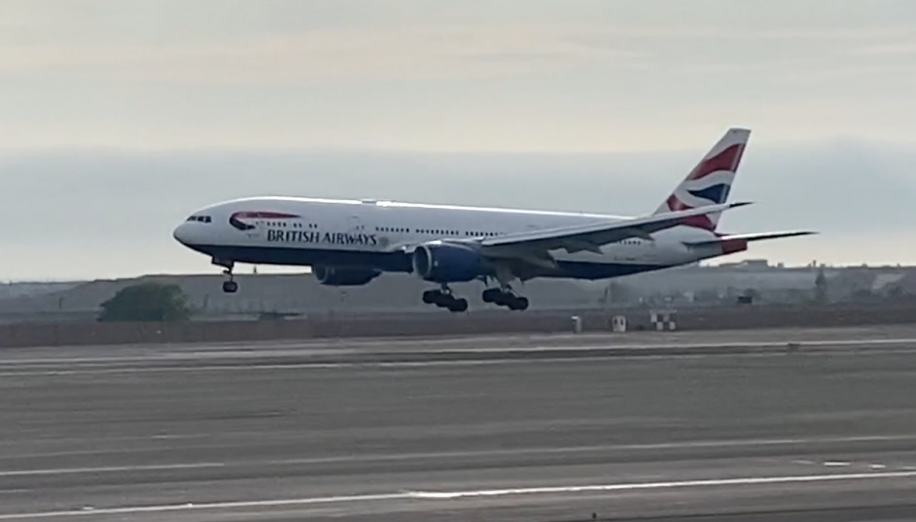 British Airways aircraft and crews have been landing in Lima, Peru to rescue hundreds of stranded Britons and bring them home.

The repatriation flights have been chartered by the Foreign Office with British Airways and have travelled from London Heathrow and Gatwick airports.

The flights are arriving back into the UK on Monday and Tuesday. All flights are operated by the airlines’ B777-200ER aircraft.

The flights are among many that have been arranged to bring back Britons who are stranded because of the coronavirus pandemic.

With the departure of 2 more BA planes today (5 since Wednesday) we have enabled the evacuation of over 1000 British nationals, around 160 Irish nationals and a range of EU nationals in less than a week. I want to thank my team for making this possible. A more than stellar effort pic.twitter.com/Df85f8UdhX

Speaking about the charter flights on BBC’s Today programme, the UK’s Secretary of State for Transport said

“It’s a country by country approach. People will learn about the flights in coming days and weeks. We will go to a country, try to give warning of that rescue flight, encourage booking through a booking channel via the Foreign and Commonwealth Office and encourage them to book, giving priority to the old and vulnerable in situations where there are a lot of people. They will book through the travel management company that the government has put in place.”

“I accept that there is a duty on ministers and the British government to help people who are abroad. Our rescue is a £75 million rescue. This is not going to be quick or easy. The scale of it is enormous. This is bigger than the Thomas Cook [rescue] because it’s not a single airline and we don’t know where everyone is.”

We are determined to help Britons stranded abroad. This evening I discussed with BA CEO @Alex_Cruz how the govt will work with @British_Airways to keeps flights running, so travelling Brits return can get back to the UK.

Meanwhile, the British Airline Pilots Association (BALPA) has expressed concern that no clarity has been given as to the health and safety of the workers involved in the repatriation, including reassurances given on the Personal Protective Equipment (PPE) that will be provided to airline staff.

“We need to ensure that all staff involved in the repatriation efforts are provided with protective equipment – the safety of our colleagues is a key priority. Yet there has been no discussion or consultation with us to provide this assurance.”