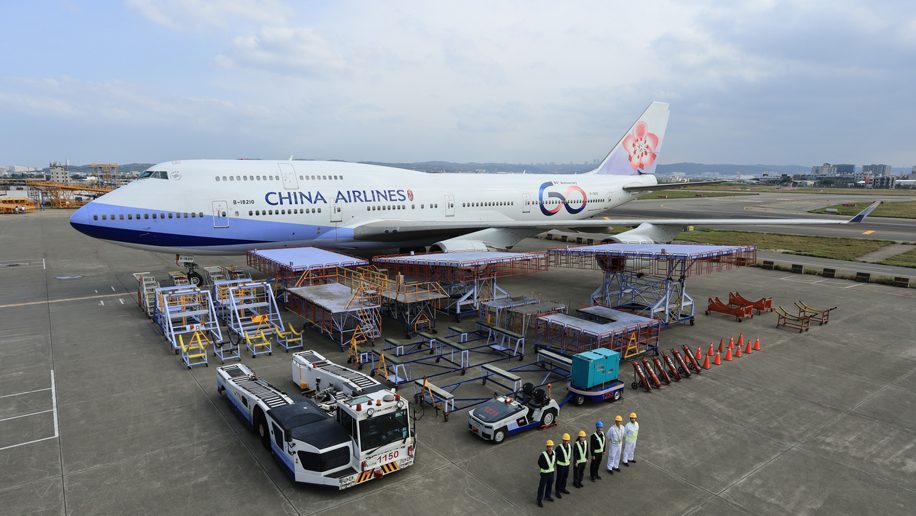 The airline unveiled its first Airbus A350-900 with the 60th anniversary logo and livery in April as part of its 60th anniversary celebrations. The final Boeing 747-400 aircraft to feature the livery left the hangar today and will make its inaugural flight tomorrow as CI160 on the Taipei-Seoul route.

Skyteam member China Airlines was founded in 1959 and now operates a fleet of 112 aircraft.