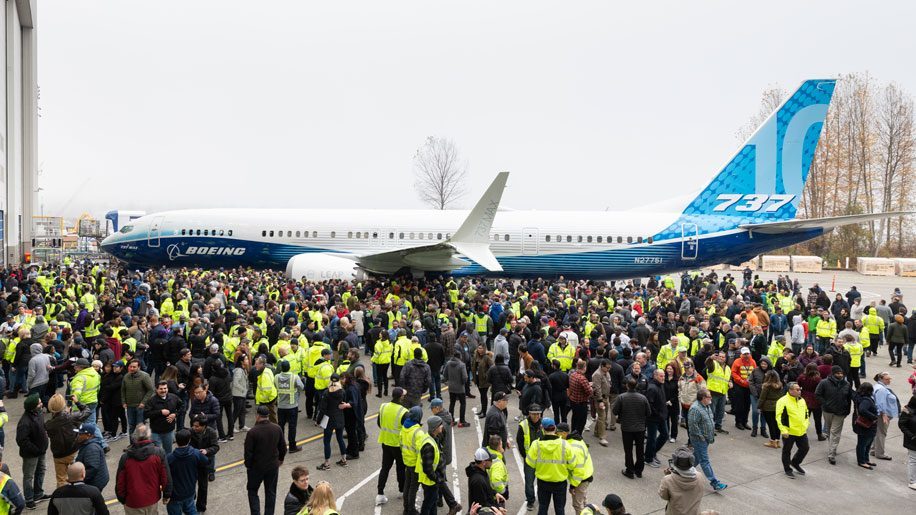 Boeing has quietly unveiled the B737 Max 10, the newest and largest variant of its Max family of aircraft, as uncertainty remains over the re-entry into service of the Max 8 and 9 variants.

The aircraft was wheeled out in front of employees at the manufacturer’s Washington factory, with Boeing stating that the plane “will now undergo system checks and engine runs prior to first flight next year”.

But an exact date for taking to the air will depend in part on the re-certification of the firm’s existing B737 8 and 9 aircraft, which have been grounded worldwide since mid-March of this year, following two fatal crashes involving the jets.

Earlier this month American Airlines and Southwest Airlines extended the cancellation of B737 Max flights from their schedules until March 2020.

The B737 Max 10 can accommodate up to 230 passengers, and offers “the lowest seat-mile cost of any single-aisle airplane ever produced”.

The Max 10 has so far attracted around 550 orders and commitments from over 20 carriers, with United Airlines the largest customer with 100 of the aircraft on order.

Addressing employees at the unveiling event B737 chief pilot Jennifer Henderson said that she was “honoured to take this airplane on its first flight and show the world what you’ve put your heart and soul into”. 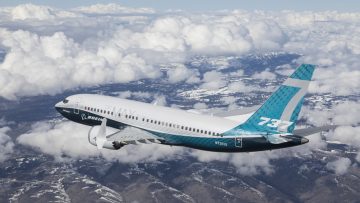