Boeing 737 Max will be ‘safest aircraft in the world’, says aircraft leasing exec 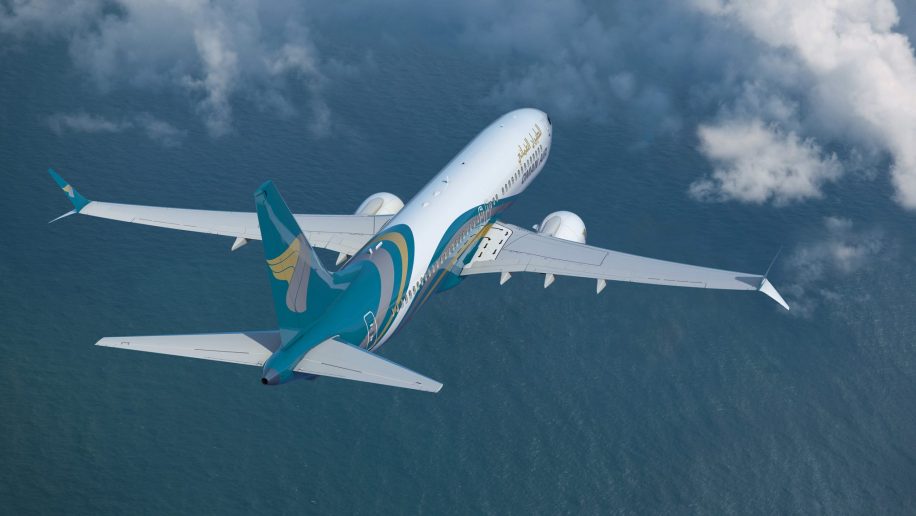 Boeing’s 737 Max, the aircraft that was involved in two fatal accidents in less than five months and grounded globally in March, will be the “safest aircraft in the world” once it returns to service, a senior executive from an aircraft leasing company that has the aircraft type in its portfolio has said.

“Given the level of scrutiny the MCAS [Maneuvering Characteristics Augmentation System] issue is under, I believe it will be the safest aircraft in the world,” said David Swann, chief operating officer of Japanese-owned aircraft leasing company SMBC Aviation Capital.

Swann, who has worked at the company for over seven years and has over 18 years experience in the aviation industry, was speaking on a panel at an industry conference in Hong Kong on Wednesday morning.

Last week, Boeing said it had made “significant progress over the past several months in support of safely returning the 737 Max to service”.

On Monday, Boeing outlined in a press release changes it has made to the B737 Max’s MCAS system, which can automatically push the aircraft’s nose down and has been blamed for the two crashes that claimed the lives of 346 people. Boeing said the system has been “updated to provide additional layers of protection”. These include:

“These changes will prevent the flight control conditions that occurred on the Lion Air 610 and Ethiopian Airlines 302 flights from ever happening again. Boeing has dedicated more than 100,000 engineering and test hours on the development of these improvements, flown more than 814 test flights with the updated software and conducted numerous simulator sessions with 545 participants from 99 customers and 41 global regulators,” Boeing said.

According to a report in The New York Times, Nurcahyo Utomo, an investigator for the Indonesian National Transportation Safety Committee, listed what he said were nine contributing factors, including an automated system’s reliance on a single sensor; the miscalibration of that sensor during repairs; a lack of flight and maintenance documentation; and a failure by the flight crew to manage the chaos in the cockpit as emergency warnings sounded.

“The nine factors have to happen together,” Nurcahyo said at a news conference in Jakarta according to The New York Times. “If one of those nine contributing factors did not happen, the crash would not have happened.”

Yesterday, Boeing’s president and chief executive officer Dennis Muilenburg testified before the US Senate Committee on Commerce, Science and Transportation regarding aviation safety and the 737 Max. He was joined by Boeing Commercial Airplanes vice president and chief engineer John Hamilton. Muilenburg and Hamilton will also appear on Wednesday, October 30, before the US House Committee on Transportation and Infrastructure to discuss the design and development of the B737 Max.

In his opening statement before the Senate Committee, which can be read in full here on Boeing’s website, Muilenburg said: “Ensuring safe and reliable travel is core to who we are. Our customers and the traveling public, including our own families, friends, and loved ones, depend on us to keep them safe. That’s our promise and our purpose.”

According to a report in British newspaper The Guardian about Tuesday’s hearing in the Senate, Connecticut Democratic senator Richard Blumenthal accused Muilenburg and Boeing of supplying “flying coffins as a result of Boeing deciding to conceal MCAS from pilots”.

A ‘big believer’ in the Max

Swann, the executive from SMBC Aviation Capital who spoke at the industry conference in Hong Kong today, described his company as a “big believer” in the Max.

“I’ll tell you why: the 737 programme is one of the longest running and most successful programmes in the world. It’s the same basic design and that works in the market. Effectively what you’re going  to see…this is a duopoly. We work with lots of leasing companies and airlines but for commercial aircraft it’s a duopoly.”

Swann argued that airlines who operate the B737 series of aircraft simply have no alternative to the Max.

“If you’re an airline and you’re flying 737s, you’re going to be flying the Max…There isn’t an alternative. In the short-haul sector, [demand] will be sated by A320neo and 737 Max for the foreseeable.”

Users of Business Traveller’s forum have expressed their concerns about flying on the Max. A thread titled “B737 Max – Will You Fly on One?” is one of the most popular recent threads on the forum.

“My answer is that I will not fly on one until we have a full and comprehensive explanation from Boeing as to what went wrong and why and what they have done to fix it so that it will never happen again? That is the very least that they owe to the victims and their families,” wrote a forum member using the screen name “JonathanCohen09”.

Another forum user, with the screen name “K1ngston”, expressed concern that passengers would not even have a choice about flying  on the Max or not.

“I am unsure myself if I will fly on the aircraft but in some instances you have no choice if the carrier you are using schedules the aircraft on the route you are flying!” the user said.

Speaking at a media event in Chicago last week that Business Traveller Asia-Pacific attended, United Airlines’ chief executive officer Oscar Munoz said of the Max: “The big question is how we convince the flying public about how that aircraft is safe. We’ve announced fairly early on that we will be very transparent with you. We won’t swap aircraft on you.”

Munoz was reiterating comments previously made by another United executive, and reported by CNN here, that passengers fearful of boarding the B737 Max would be able to ask to be rebooked on a different aircraft.

An aviation appraiser at the industry conference in Hong Kong that Business Traveller Asia-Pacific spoke to said he wondered how passengers would know that they were flying on a Max.

“Will United print the aircraft type on the boarding pass?” he said.

Back in the skies

Fellow US carrier American Airlines said earlier this month that it expects to resume B737 Max flights from January. US low-cost carrier Southwest Airlines also said it would extend its Max cancellations into 2020.

As of today, Boeing expects the Max to be flying again before the end of the year.

SMBC Aviation Capital has 86 airline customers in 40 countries. At 31 March 2019, the company owns, manages and is committed to purchase 729 aircraft. The company delivered its first B737 Max to Chinese airline Lucky Air, owned by China’s HNA Group, in November 2018 (after the crash of Lion Air Flight 610 but before the crash of Ethiopian Flight 302).