Cathay Pacific Airways saw 5.4 per cent growth in European traffic in October compared with the same month in 2018, despite the ongoing civil unrest in the Hong Kong flag carrier’s home city.

All other regions (besides the Southwest Pacific, which saw 1.4 per cent growth) saw demand weaken, however. Mainland China was by far the worst hit, with a 21.9 per cent drop in demand.

Cathay Pacific and its regional subsidiary Cathay Dragon carried over 2.74 million passengers on 6,777 flights last month, down 7.1% compared with October 2018.

Ronald Lam, the airline group’s chief customer and commercial officer, described it as a “challenging time” for the company.

“In response to weakened travel sentiment to and from Hong Kong, we have so far reduced our passenger flight capacity against our original schedule by 2-4% between August and October, and 6-7% for November and December,” he said.

“In October, demand for travel into Hong Kong remained weak with our inbound passenger traffic seeing a year-on-year decline of 35%, consistent with the trend seen in both August and September. The drop in outbound Hong Kong traffic was 13% in October, again similar to the trend over the past two months. Transit traffic via Hong Kong remained relatively less affected.”

The Rugby World Cup, held from September 20 to November 2, proved to be a boon for Cathay. Lam described his airline’s Japanese routes as “the star in our network” in October, saying the Rugby World Cup generated “good demand, especially from England and South Africa when both teams advanced to the final.”

However, Cathay’s advanced bookings “continue to show weakness in both inbound and outbound Hong Kong traffic for the rest of 2019,” he said, adding that this is “partly offset by moderately increased transit passengers via Hong Kong.”

Hong Kong International Airport experienced several days of turmoil in which flights were cancelled and passengers endured serious disruptions to their travel plans. However, the airport is now mostly running smoothly after an injunction restricting access to the airport came into force in August. Security guards, who check whether passengers to the airport are booked on flights, are now stationed at airport entrances. QR codes are set up near entrances that passengers can scan to retrieve flight details in case they have not brought those details with them to show the security guards.

Business Traveller Asia-Pacific asked Cathay what accounted for the increase in European traffic, to what extent Rugby-going passengers from Europe contributed to the increase, as well as why demand increased on South Pacific routes.

Continuing to invest in the passenger experience

Lam stressed that, despite challenges, the airline would continue to invest in passenger experience.

“Despite these short-term challenges, our strong commitment to the long-term development of Hong Kong and our airlines remains the same. We continue to invest in our customer experience offering with a number of enhancements, particularly new soft products and dining services in the First and Business Class cabins, being rolled out recently. Together with our expanded inflight entertainment offering and our new long-haul Economy Class dining collaboration with a Michelin-starred restaurant group, these enhancements will give passengers more reasons to fly with us.”

Cathay Pacific also told analysts today that it would delay the delivery of four Airbus aircraft and retire an extra two planes in 2020, the South China Morning Post reported.

Last week, Cathay said it would transfer half of its 16 expected A321neo aircraft to HK Express.

The airline also confirmed that Cathay Pacific would roll out mattresses and slippers on all long-haul business class flights, the first time the company has announced this publicly. Hong Kong English-language daily The South China Morning Post (SCMP) originally broke the news about this in June. When Business Traveller Asia-Pacific asked Cathay’s GM, customer experience and design, Vivian Lo about this at a press event in Shanghai following the SCMP report, she declined to confirm it.

Cathay said in the investor briefing that long-haul business class passengers would also get a “luxurious new cotton duvet and pillow in collaboration with Bamford”. 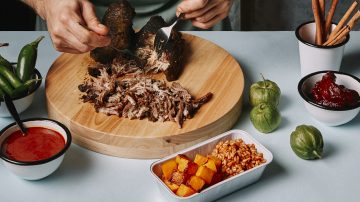 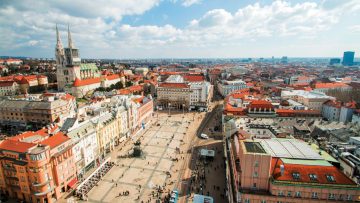 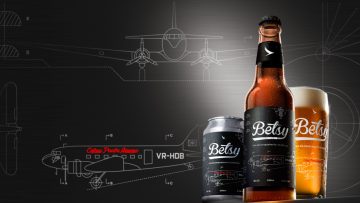