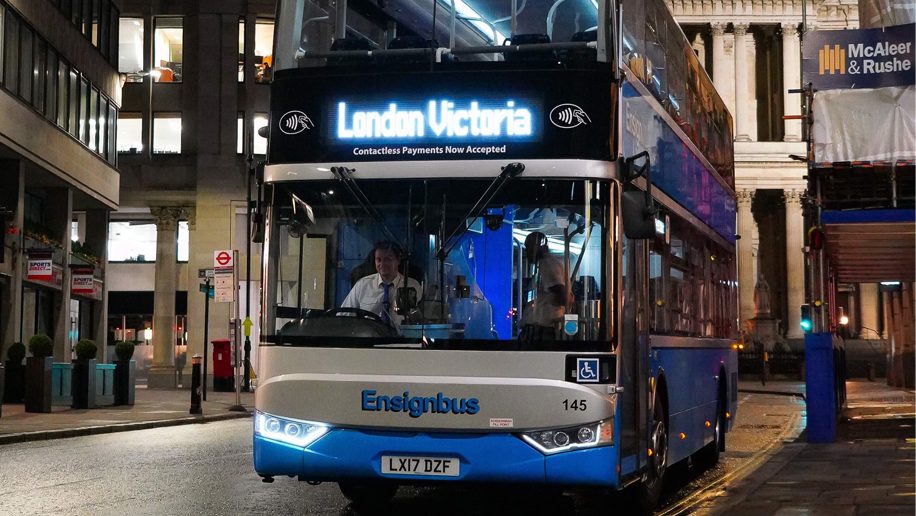 A night bus service between Southend Airport in Essex and central London will resume later this week.

The X1, run by bus company Ensign, leaves Southend at 2340 and arrives at London Victoria at 0105. The reverse service departs at 0300 and reaches the airport at 0430.

The buses target those on the earliest and latest flights in and out of the airport who will miss the first and last trains.

The service was unexpectedly withdrawn in June, after Southend “banned” Ensign’s vehicles from its grounds. The companies had reportedly never had a formal agreement, and the Stobart Group-owned airport said it would partner with Greater Anglia to run an earlier train to the airport departing London at 0430.

However Ensign responded that its service arrives at 0430, in time for passengers departing on the first flights at 0630.

The firms now say they have reached an agreement.

Glyn Jones, CEO of Stobart Aviation, said: “We were already one of London’s best-connected airports and this exciting deal with the Ensign Bus Company makes accessing London Southend Airport even easier.”

The full schedule will be: