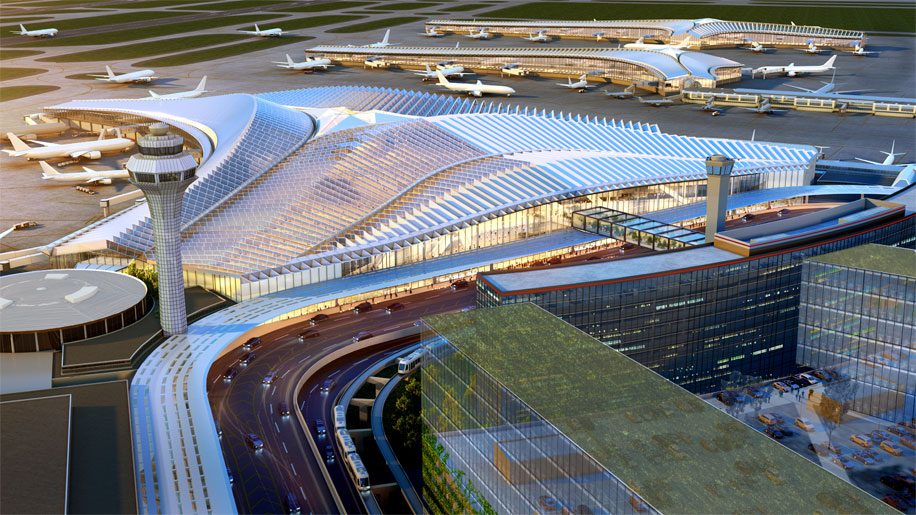 A US design studio has unveiled the renderings that will be used for a complete renovation of O’Hare Airport Terminal 2.

The strained Chicago airport is getting a $8.5 billion investment in order to expand, $2.2 billion of which will be used to rebuild Terminal 2, which will see domestic and international operations.

“O’Hare, because of past decisions and lack of decisions — its muscle and its strength for the city economically was beginning to atrophy,” outgoing Chicago Mayor Rahm Emanuel said last year.

“This will be a boost of strength to it and something that no other city in the United States will have. A global terminal. A 22 per cent increase in gates for the first time in decades. Adding 75 percent more terminal space … This is something unprecedented for the city.” 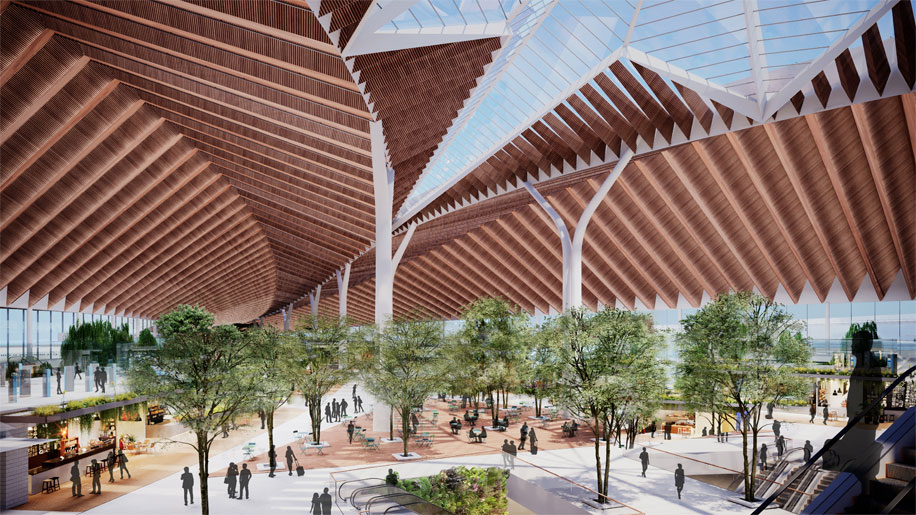 The group said its design celebrates the confluence of the Chicago River, with three branches leading to a central hub, where a six-pointed glass skylight will reference the Chicago flag.

From above, the building will evoke the city’s “Y symbol” that represents the branching Chicago River. 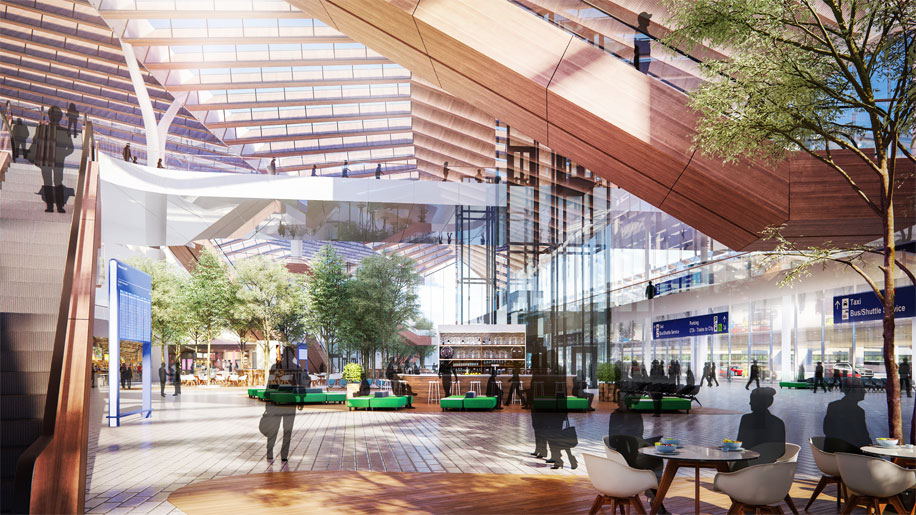 Work on the 2.2 million sqft terminal and concourse is expected to break ground in 2023.

In the coming months, a second team will be selected to design two new satellite concourses to be built west of Terminal 1. 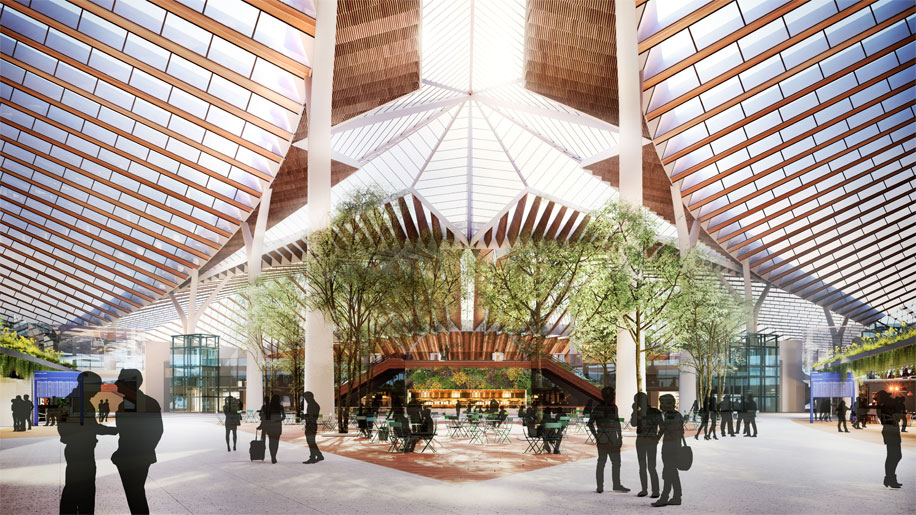 O’Hare International Airport had 903,747 arriving and departing flights last year, the most of any airport in the US, according to the US Department of Transportation.