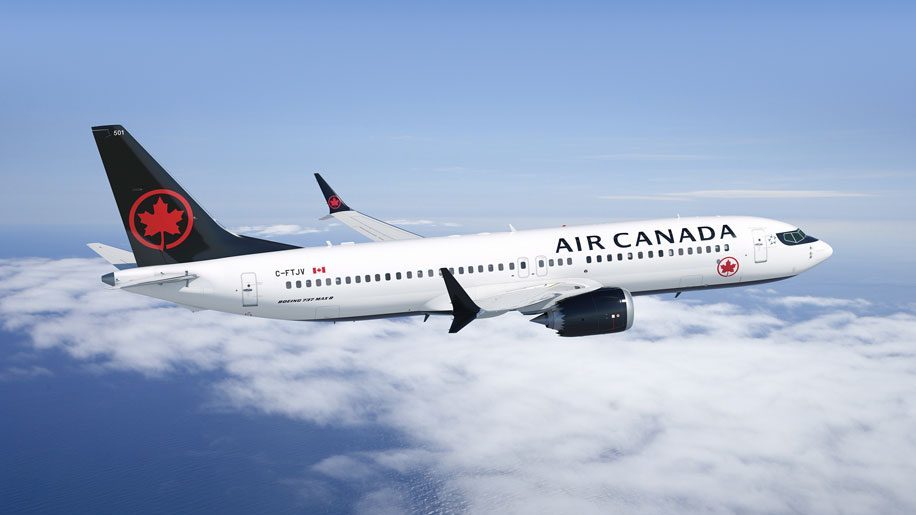 Air Canada has been forced to make a number of changes to its network due to the ongoing grounding of the B737 Max.

Flights from Halifax and St John’s to London Heathrow have been suspended until July 31, as “alternative aircraft are not presently available”. The carrier stressed that it remains fully committed to these routes, and during the suspension would reaccommodate customers through its Toronto and Montreal hubs.

Air Canada has a total of 24 grounded B737 Max aircraft, and had been expecting to take delivery of a further 12 by July, with deliveries currently on hold.

Air Canada has removed the B737 Max from its schedules until August 1 for “planning certainty”, and changes to its schedules over the next few months include:

Air Canada is also accelerating delivery of six Airbus A321 aircraft from the now defunct Wow Air, the first four of which will now enter service in May after having been reconfigured, equipped with wifi and painted in Air Canada Rouge livery.

“With the continued grounding of the Boeing 737 MAX aircraft, Air Canada is prudently adjusting its schedule and is finalizing arrangements for additional aircraft to transport customers to their destinations. Through these measures, we are giving customers certainty to book their summer travel plans on Air Canada with full confidence.

“We understand the importance our customers attach to their summer travel and through the actions we are announcing today, Air Canada now has in place a schedule and the capacity to meet travellers’ needs.

“Since the Boeing 737 MAX fleet was grounded on March 13, Air Canada has successfully protected 96 per cent of planned flying through strategic commercial adjustments. This includes optimizing the current fleet, consolidating flights on larger aircraft and extending leases on aircraft planned to exit the fleet.

“By leveraging our deep, global network and through arrangements with Star Alliance partner Lufthansa and other airlines to provide capacity, we now have secured sufficient additional capacity to meet our customers’ travel needs this summer.”

Earlier this month American Airlines updated its plans to cope with the grounding of its B737 Max aircraft, with around 115 daily flights now cancelled until mid-August, equating to around 1.5 per cent of services.