It now appears likely that Wow Air will be axing another two transatlantic services.

This development follows closely after news broke that Wow would be cancelling services to St Louis, Cleveland and Cincinnati in 2019.

Moreover earlier this year Wow Air said its Miami service would be “paused” with effect from April (2018), reported USA Today.

Wow Air has yet to issue an official statement. But when Business Traveller checked availability for flights between Europe (via Iceland) to New  York JFK and Dallas we were offered no availability beyond October 26 this year.

I realise I am speculating here… but surely with such short notice no airline (especially a low-cost carrier which needs high load factors to operate profitability) would place new seat availability on sale ?

It must be stressed that New York will continue to be served by Wow Air’s service into Newark (as it does currently).

Quoted by USA Today, Wow Air’s CEO said, “We are absolutely going to continue to invest in our network in North America.”

“We are going to announce a new major destination in North America next week.”

The latter will be good news for Wow Air’s network.  Sixth-freedom transfer airlines like Wow Air need spokes to feed the hub.  With fewer spokes the network begins to lose its strength. 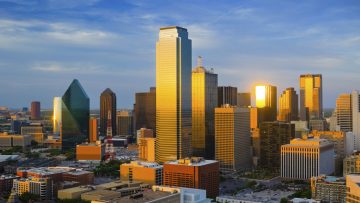