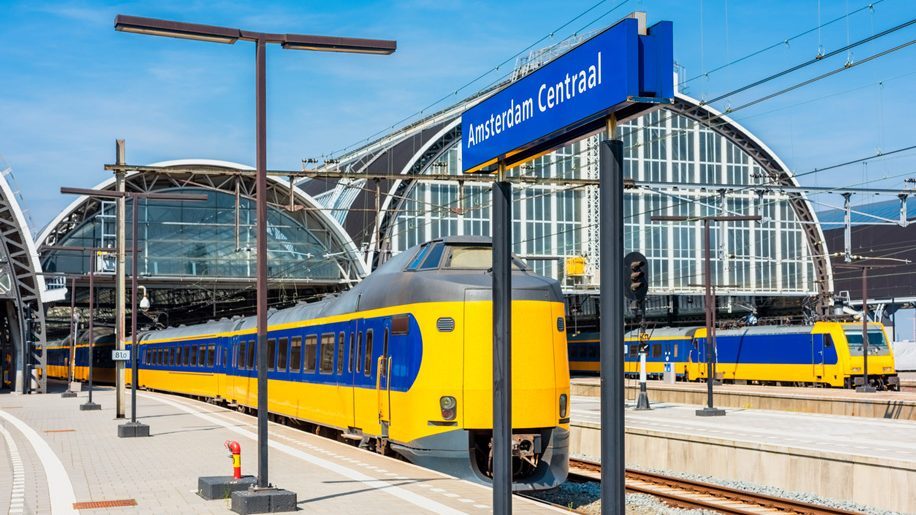 I purposely mention “conventional” because there already are faster Thalys high-speed trains running over this route.

The difference now is that conventional intercity trains take 30 mins less than before.

Instead of taking their original routing, they now use the high-speed Benelux line which, until now, has been reserved for Thalys and (since April 4) Eurostar.

So what’s the fuss you might ask? Conventional intercity trains, although they remain slower (140+ km/ph) than Thalys (300 km/ph), are priced substantially less (see tariffs at the end).

Moreover, unlike Thalys, reservations are not compulsory, making them a good bet for economy-minded business people needing flexibility.

Services operate hourly throughout the day between Amsterdam Centraal and Brussels.

Travel time by conventional train is two hours 50 minutes (30 minutes faster than before) which is one hour slower than Thalys (one hour 51 minutes).

Some of these trains (unlike Thalys) now run between Amsterdam Schiphol and Brussels National airports.

With their airport links they are emulating Thalys which, in 2019, will be providing a direct link between Amsterdam Schiphol and Paris CDG airports.

Direct rail links are encouraged by Schiphol which is running out of runway space at busy times.

Already KLM, Schiphol’s home airline, operates up to five flights a day between these two airports. Services are aimed at connecting passengers rather than those travelling point-to-point.

One would hope that in time to come these direct rail services will replace some of the KLM feeders.

Of course that is an impossibility right now because Eurostar’s original plans to serve Amsterdam Schiphol have been thwarted by the UK government’s immigration rules.

Typical one-way fares between Amsterdam Centraal and Brussels Midi.  Note that prices may change at peak time and for last minute travel bookings.