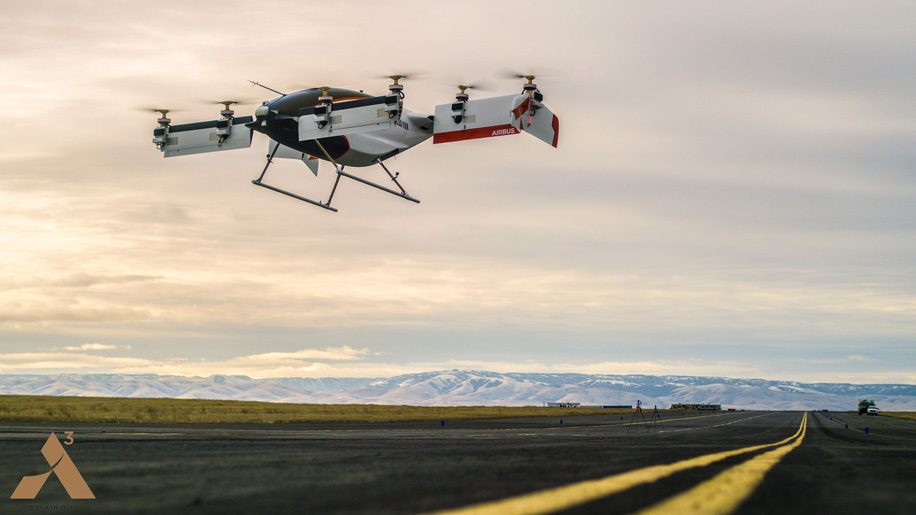 Airbus subsidiary A3 has celebrated the first flight of its electric, vertical take-off and landing (eVTOL) aircraft, two years after the project started.

The Vahana aircraft completed its first full-scale flight tests, reaching a height of five metres and staying in the air for a duration of 53 seconds before descending safely.

Following these hover tests, the project will now progress to transition and forward flight testing.

According to A3 the Vahana project aims to “democratize personal flight and answer the growing need for urban mobility by leveraging the latest technologies in electric propulsion, energy storage, and machine vision”.

Commenting on the milestone Rodin Lyasoff, A3 CEO and former Project Executive of Vahana, said:

“Vahana’s first flight demonstrates Airbus’ unique ability to pursue ambitious ideas quickly, without compromising the quality and safety for which the company is well-known.

“For A3, it proves that we can deliver meaningful innovation with aggressive project timetables, to provide a real competitive advantage for Airbus.

“Our focus now is on celebrating the work of the tireless Vahana team while maintaining the momentum of this accomplishment.”

Vahana testing is based out of a 9,600 square foot hangar at Eastern Oregon Regional Airport, with the aim of the first paying passenger journeys taking place by 2020.