These are the most on-time airlines in Asia-Pacific 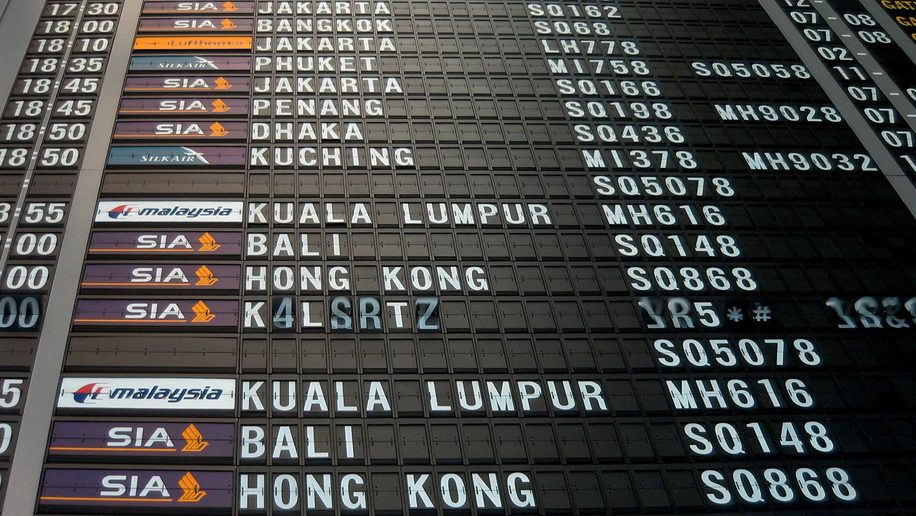 On-time performance (OTP) can play a significant role in determining whether passengers are more or less likely to book flights with an airline, so knowing which of the carriers are best able to stick to schedule can be highly useful for travellers concerned with tight timetables.

Each year, aviation industry analyst OAG releases its Punctuality League, detailing the most on-time airlines from around the world. The company defines OTP as a flight that departs or arrives within 14 minutes and 59 seconds of its scheduled departure/arrival time, and includes cancelled flights in its figures. In order for airlines to be included, data for at least 80 per cent of their scheduled flights needs to be available.

Not only are there a number of newcomers to the top 10 most punctual airlines in Asia-Pacific this year, but there’s also a new carrier taking the top spot this year.

So what are the best airlines in Asia-Pacific for on-time performance?

Virgin Australia dropped in the rankings this year from fifth in 2016 to 10th in 2017, continuing its decline from 2015 when it came in third. The airline’s overall OTP also notably dropped by more than three percentage points compared with last year, consequently knocking it out of the top 20 airlines in the world for punctuality. Nevertheless, it remains one of Asia-Pacific’s most reliable carriers for on-time performance.

The first newcomer to the top 10 compared with OAG’s 2016 Punctuality League, Delhi-based budget airline IndiGo was just shy of taking the number eight spot. As one of Asia-Pacific’s largest low-cost carriers, its strong on-time performance is particularly noteworthy.

While most airlines in 2017 either went up or down in the rankings, Air New Zealand managed to remain consistent, taking the same number eight position it held in 2016. That said, its actual performance is notably improved over last year, when it achieved an OTP of 79.20.

Singapore’s flag carrier lost out on a spot in the top three this year, having claimed the number three spot in 2016 when it achieved the greatest OTP increase of any carrier in the top 10. This year sees it return closer to its 2015 performance, when it came in seventh.

Improving on its performance last year when it just managed to creep into the top 10 in tenth position, Skymark Airlines also managed to overtake fellow Japanese carrier ANA as the country’s second-best airline for punctuality.

The second newcomer to the top 10 compared with last year’s list, Singapore-based budget airline Jetstar Asia has soared through the rankings to take the number four spot in 2017. Jetstar Asia’s presence in the top 10 is also notable due to the absence of fellow Singaporean carrier Silkair – the regional subsidiary of Singapore Airlines – which held the number seven spot in 2016, and for overtaking Singapore Airlines itself to become the country’s most punctual airline.

Japan’s flag carrier has consistently performed well over the past few years and while its position has slowly dropped over the years – it took the top spot in 2015 and came in second in 2016 – the airline remains one of the top in Asia-Pacific for on-time performance.

Australia’s flag carrier took the top spot in 2016, but this year has seen its throne usurped. While its OTP is slightly lower than last year’s (87.56 per cent), the airline has nonetheless managed to retain its position among the top airlines for punctuality.

Soaring into first place this year is Hong Kong Airlines, a carrier that in 2016 didn’t even make it into the top 10. Its OTP of 88.83 per cent is higher even than 2016’s number one carrier, Qantas, which achieved an OTP of 87.56. One notable contributing factor to the airline’s improvement is its location to a new passenger terminal at Hong Kong International Airport in 2016, which saw the majority of its flights able to use jetties to board and disembark passengers rather than buses – a significant help for keeping to scheduled departures.